Members of the International Association of Horticultural Producers (AIPH) elected Mike Rimland from Costa Farms in Florida, USA as representative of North and Central America to the Board during the General Meeting held in Taichung in September.  Mike Rimland takes over from Bill Stensson from Sheridan Nurseries, Canada after his term was completed.

Mike Rimland was nominated by AIPH member AmericanHort and had the support of the other member countries in the region.  A well-seasoned horticulture veteran, Mike Rimland is considered one of the world’s leading authorities on indoor plant varieties. He brings 40 years of plant hunting, breeding and production experience with him and as director of research and development of the indoor plant division at Costa Farms he travels the globe looking for new plants and has developed and introduced many patented varieties.  Mike was also part of the team from Costa Farms that won the coveted AIPH International Grower of the Year Awards in 2016 and he is currently a member of the awards jury. 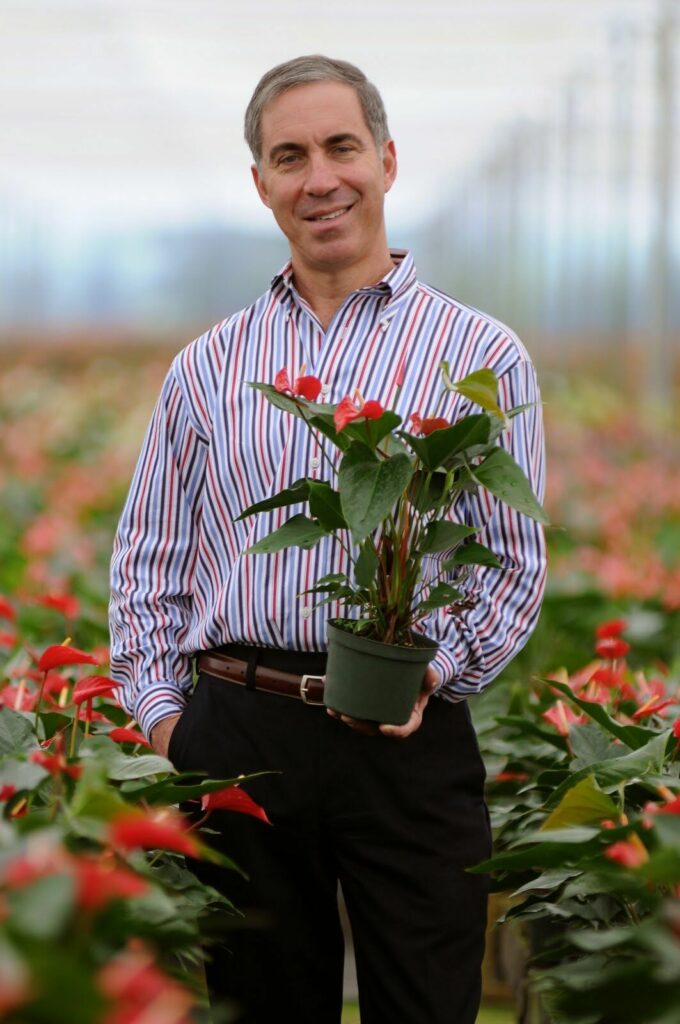 Commenting on the appointment AIPH President, Bernard Oosterom said “I am delighted that Mike Rimland has joined the Board of AIPH.  His knowledge of the industry along with his extensive American and global network will further strengthen the work of AIPH as ‘the world’s champion for the power of plants’.  Mike is a grower with a passion for plants and for this industry and the Board looks forward to growing AIPH together with him.  We will miss Bill Stensson who has provided such valuable guidance and support to AIPH and I would like to thank him very much and wish him well”.

Bernard Oosterom also thanked Gery Heungens from Belgium who has stepped down from the Board following the merger of two Committees. “Gery has supported AIPH for many years and I would like to thank him for the valuable role he has played.”

Following his election Mike Rimland said “I am very proud to represent North and Central America on the Board of AIPH.  I am a strong believer in the value of working together globally within this industry.  At a global level this industry is growing fast and through AIPH we can work to ensure that plants take their proper place in a rapidly urbanising world.  I look forward to helping AIPH achieve its goals and strengthening the involvement of the United States”.

The AIPH Board is focusing on the implementation of the new AIPH Strategic Plan covering important aspects including Green City, Novelty Protection, Plant Health as well as International Horticultural Exhibitions and its newly formed group for Flower Auction Markets.  Board members are: