Phalaenopsis is the largest product in Holambra with a total acreage of around 50 ha. Phalaenopsis is, just like dendrobium, very popular with consumers and the production has dramatically increased in a short period.

A major expense for phalaenopsis growers is electricity. They pay 11 cents per kWh for it. Van de Weijer is investing in solar panels to generate electricity for the cooling of the water he uses for his cooling system. Greenhouse heating isn’t an issue in Brazil. Many growers have a wood burning boiler, which is fired by eucalyptus wood. Van de Weijer has 80 ha of eucalyptus.

Grower Theo Breg feels certain that the limits for phalaenopsis haven’t been reached yet. “The market for phalaenopsis is huge. The average quality at the auction isn’t optimal. If that can be improved, there’s great potential.”

Starting material for phalaenopsis comes from the Netherlands, Taiwan, Belgium or Germany. Floricultura and Sion Orchids have a nursery in Brazil, where they cultivate the tissue culture that arrives by boat until it’s grown into plant material that’s ready to be sold. Other nurseries have rooted material flown in. 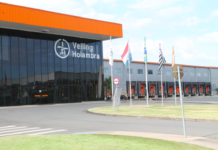 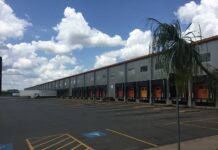