Marius Rodewijk of Rodewijk Rozen proudly shows us one of the first boxes of Rosalicious. The edible rose buds are sold in packs of eleven. The grower from the Dutch town of Roelofarendsveen responded to an advertisement of breeder Rosa Eskelund from Danish company Roses Forever about a year ago. She was looking for a Dutch grower who could launch her ‘Gourmet Roses’ series of edible roses on the market.

Rodewijk began with a trial of 30-40 plants of ten different cultivars in January 2018. From this, he selected the five plants with the most beautiful flowers and the best growing properties in five different colours: red, yellow, white, pink and orange flamed. They were planted in five phases in a separate, 1,000-m2 section from September.

Meanwhile, Rodewijk and his sister-in-law Simone were talking to a number of traders in the fruit and vegetable sector. Together with an advertising agency, they came up with brand name Rosalicious and slogan ‘The taste of beauty’. They also launched a website: Rosalicious.eu. “We’ve noticed that traders and restaurants are just as enthusiastic about edible roses as we are. From this week, they can start using our concept.”

The grower propagates the plants himself. They’re grown in rockwool slabs and Rodewijk uses biological pest control to keep his flowers free from thrips, aphids, spider mite and other pests. To be on the safe side, he immediately introduced a double quantity of thrips control agent A. limonicus. When they’re packaged and cooled, the flowers can be stored for at least two weeks.

Breeder Rosa Eskelund of Roses Forever developed a special breeding programme for these edible spray roses. Some of the requirements that she included for this particular rose were that it had to be suitable for organic cultivation, have a long shelf-life, bright colours and produce many buds. Selection is done by Eskelund and Rodewijk together. 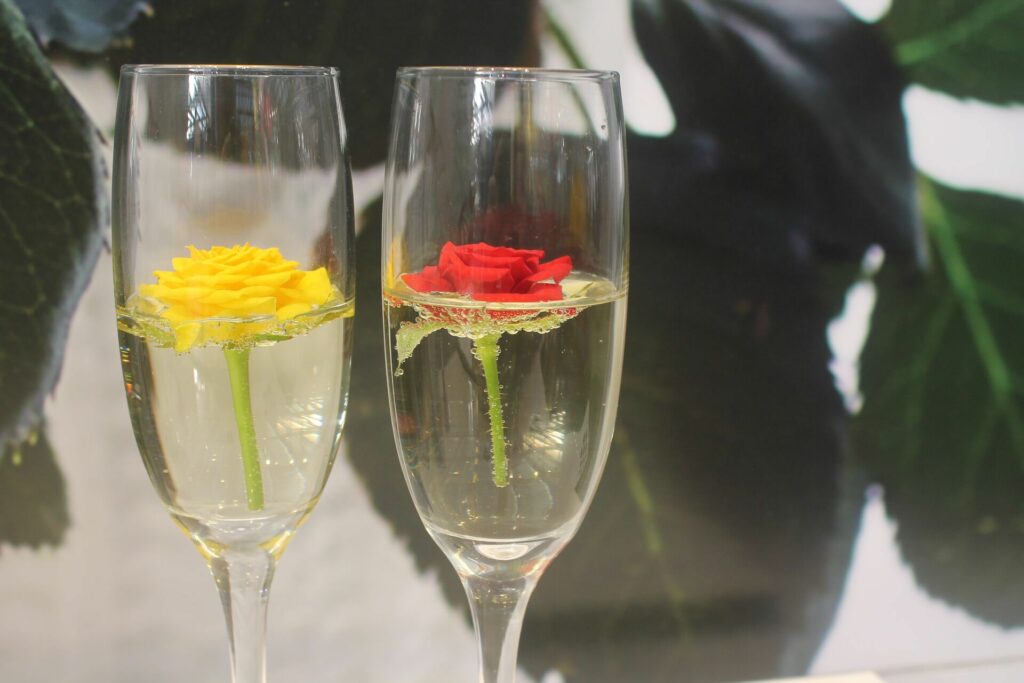 Eskelund feels there’s a large market for edible roses, she said in November at IFTF in Vijfhuizen. She pointed out that potted herbs are currently very popular in Danish capital city Copenhagen. There’s room in the market for edible roses too. Not just in Denmark, but all over the world, according to Eskelund. She was serving champagne with a rose bud at IFTF. “Edible roses are such a strong symbol of love”, said Eskelund.

Roses Forever already won an award for their Gourmet Roses concept in 2012. For a long time, they had difficulty finding a suitable grower.