A few plants in a bare front garden could reduce stress levels as much as 8 weekly mindfulness sessions. This result is shown in new scientific research carried out by the Royal Horticultural Society and three universities.

The research project  four years. It has been carried out in economically deprived streets of Salford (Greater Manchester), with bare front gardens and 42 residents. They have received one tree (Juniper or Amelanchier), one shrub (Azalea), one climber (Clematis), sub-shrubs (lavender and rosemary), bulbs (daffodils, crocuses and snowdrops) and bedding plants (Petunia and Viola) to fill two containers.

Researchers of the three universities (Sheffield, Westminster and Virginia) have measured the residents’ concentrations of cortisol, a hormone that is being released when somebody is having stress. Before the research, 24% of the residents had healthy cortisol patterns. Over the course of the year following the plantings, this increased to 53% of residents. After the introduction of the plants, the stress levels decreased by 6%. 52% of the residents said that their front garden helped them to be happier. 40% said it helped to be more relaxed; 26% said it helped to be closer to nature.

The RHS hopes this research inspires more people to use more plants in front gardens. 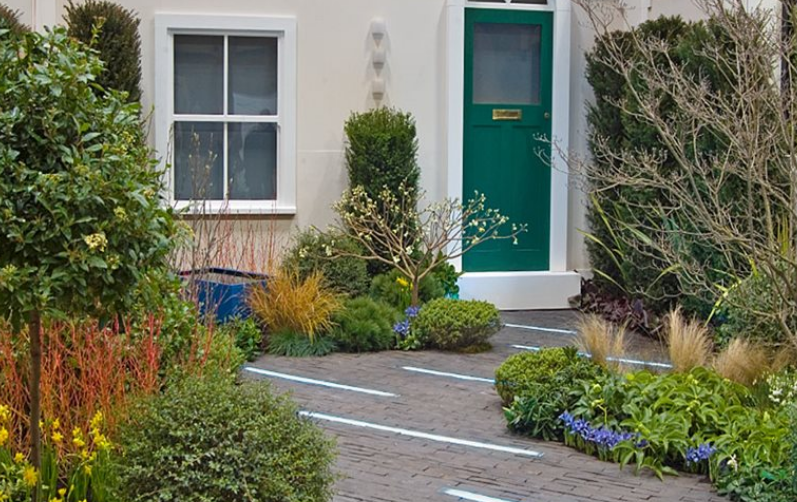