At the time of writing, I don’t know yet how Ajax is going to get on on Wednesday. In the Netherlands, we’re of course expecting a win, which would bring the Netherlands back on the international football scene. Who would have thought it?

What about the position of the Netherlands, when it comes to the international floristry sector? Based on what I read in Het Vakblad/Floribusiness, the export figures are going down, especially for flowers. But that isn’t totally correct.

More and more of the flowers that are managed and invoiced by Dutch companies, are not actually exported from the Netherlands. Products can go through the Netherlands in transit, physically or on paper, to the various export destinations. That’s exactly how the Netherlands can stay in the lead. 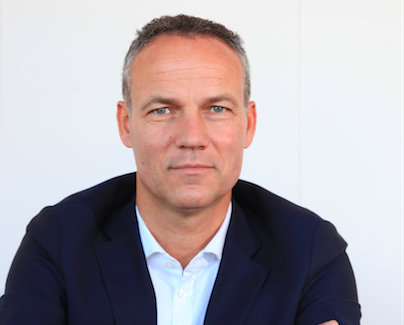 At Xpol for example, we are active in Norway. Most of the flowers from Africa aren’t imported to the Netherlands, but shipped directly to Oslo, while they are directed and invoiced by us. More and more flows go straight from Africa and South America to the export countries. So how can we determine what the position of the Netherlands is, if we’re only looking at the export figures? I would argue we need to pay more attention to this, and let go of old models.

In this context, I have also been intrigued by the international ambitions of Royal FloraHolland. For many years, RFH has been trying to be a global marketplace for both growers and buyers. The trade and the auction were quarrelling on a regular basis. But recently, the auction kind of gave in, by focusing more on its core activities.

One of their current priorities is the development of Floriday. The other day, FloraHolland’s CFO indicated that the rollout of current payment systems is a challenge in some foreign countries. A well-functioning, global payment system is essential, if Floriday wants to operate worldwide. And it has been available for a while – it’s called QNS.

The implementation of Floriday was also delayed by Blueroots. The merger with Blueroots allows RFH to collaborate with the trade, but at the same time, it also gives traders more influence on the auction.

RFH is all set to play in the Champions League now. The step towards a global marketplace might be a lot smaller than they thought! Good news for the international position of the Netherlands.

‘It’s in our Dutch nature to manage the water’