Jan Bracke van Tuinbouwbedrijf Jan Bracke grows Azalea Japonica in Lochristi, Belgium. His azalea’s look a bit wild. ”Consumers in the Netherlands want an azalea plant that’s perfectly round. But not everyone agrees with that. There are still plenty of people who like a more natural look.”

What kind of company do you have?

“We grow Azalea Japonica. The company has been around for 58 years. I took it over from my dad. Propagation takes place in June and potting up is done in August. The plants subsequently stay in the greenhouse for more than a year, after which they’re transplanted outdoors for the finishing stage. We don’t normally force the plants into flowering, unless it’s specifically requested by a customer. Our distribution channels include the auction in the Netherlands, traders and market vendors. For the latest edition of Florall, I’d brought along a poster from one of our market vendors, who was looking for a successor. He’s turned 65 and wants to stop. He goes to five different markets across Flanders every week. The poster attracted a lot of attention.”

How did you get on at Florall?

“Very well. I like that trade fair. If you don’t go to these events, people won’t get to know you. And even for buyers who do already know you, it’s nice to see you again at the trade fair. They sometimes order double the amount after that.” 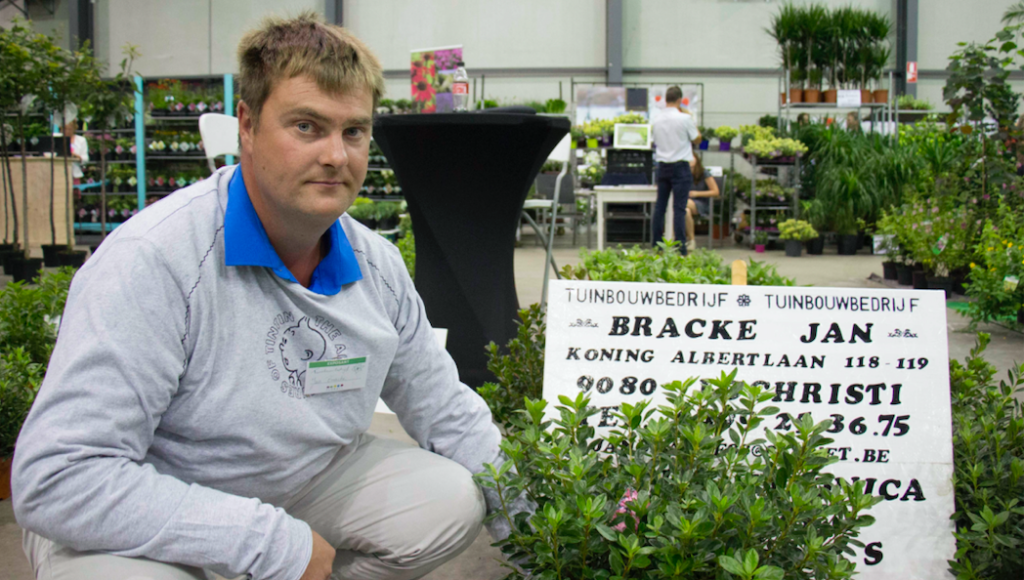 Your azaleas are looking a bit wild…

“Consumers in the Netherlands want an azalea plant that’s perfectly round. But not everyone agrees with that. There are still plenty of people who like a more natural look; they don’t mind a few leaves sticking out in different directions. The way plants are cultivated these days is too contrived in my opinion.”

“Our plants are outdoor plants, so they’re planted in the garden. What’s also common at the moment is that consumers buy outdoor azaleas in the smaller pot sizes and put them on their balconies. They keep them there until they die and after that they throw them away. I guess it’s a sign of the throw-away society that we currently live in.”

Is there anything else you find typical for the present day?

“Ordering today for delivery tomorrow. We used to have more time. We sometimes receive a huge order from the Netherlands at the end of the day, and they say without any hesitation: ‘we’ll be able to get it by tomorrow, won’t we?’. I do ensure it’s there the next day, of course. Apart from when it’s a whole truckload, in which case I ask for 24 hours preparation time.”

“To be honest, I still do things for the business in my spare time. But I also try to free up time for my child. She also wants to see her dad from time to time.”

Click here to read more about the azalea industry in belgium.

‘Due to Brexit we had to hire extra staff’