After a dramatic fire in 2014, Rosa Flora, one of the most impressive nurseries in Canada, has fully recovered. The Bulk family’s company in Dunnville consists of 15 hectares of gerbera, snapdragon and lisianthus. And there are plans for further expansion. Otto Bulk: “We’ve got to do something that South America isn’t good at.

Do a Google search for ‘fire’ and ‘Rosa Flora’, and you’ll find a good number of articles and videos about a destroying nighttime fire at the large nursery of the Bulk family in Dunnville. The newspapers were full of this dramatic event in March 2014. It hit the community of Dunville hard.

One of the videos clearly shows why. During the interview with one of the owners, Ralph DeBoer, the burned skeleton of a 6-ha greenhouse can be seen in the background. The fire didn’t just strike the greenhouses with snapdragon and large-flowered gerbera, but also some offices, lorries and the cold store. DeBoer estimated that about 30% of the company was destroyed. The gerbera greenhouses on the other side of the road remained unharmed. But Rosa Flora didn’t give up. Reconstructions began within a year.

And three years later, there isn’t a trace of the incident left. The company, which is located on both sides of Diltz Road, is impressive with its five large greenhouses, three wood burning boilers, four CHP installations, a wind turbine, tunnels underneath the paths in the greenhouses, an immense cold store, wetlands and installations for water purification and their own lorries in front of the loading docks. 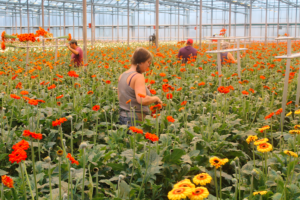 A positive feeling prevails. And that’s understandable. Just like many other Canadian growers, they can look back on two excellent years, mostly thanks to the strong American dollar and the fact that a number of Canadian and American gerbera growers ceased to exist. And just like many other Canadian growers, Rosa Flora has expansion plans. The acreage of both snapdragon and lisianthus will be expanded by 0.8 hectares each.

It all started with 1,500-ha of rose cultivation, when Otto and Corine Bulk moved from Aalsmeer to Dunville. 39 years later, the company has grown a hundred times bigger and the roses and alstroemeria have been replaced by other types of cut flowers. Otto Bulk claims that he’s retired now. The second generation, daughter Arielle DeBoer, son-in-law Ralph DeBoer and son Joshua, have taken over. 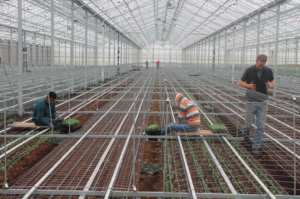 The transition to gerbera (8 ha, two-thirds large flowered, one-third small flowered), snapdragon (5 ha) and lisianthus (2 ha) was necessary. When Otto Bulk was travelling through the United States in the early nineties, he saw roses from Ecuador being sold in Cleveland for 49 cents. With those kinds of sales prices, he wouldn’t be able to make a living. The pressure from South America on the North American flower market increased even further during the nineties. Bulk feels that the competition they endured was even stronger than the competition that European growers got from African growers. Bulk: “In those days, the quality of the Ecuadorian roses was better.” The same was true for alstroemeria from South America. Canada couldn’t compete with that. That’s why Bulk stopped growing alstroemeria, even before he stopped his rose cultivation.

From the mid-nineties, his 6 ha of rose was gradually replaced by other crops, including gerbera and snapdragon. He started growing lisianthus two years ago. 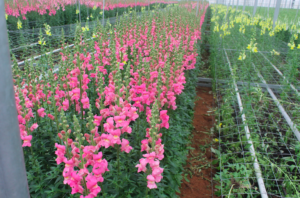 Rosa Flora which, depending on the season, has 160-250 employees, had to choose something that growers in South America aren’t good at. Ralph DeBoer explained that the main reason for their choice of flowers was that they’re difficult to transport. “Gerbera is tricky to transport from South America and snapdragon has to be transported upright, or it will bend”, he explained. And gerbera, snapdragon and lisianthus are also difficult to grow in Colombia and Ecuador, according to DeBoer. The competition for snapdragon and gerbera is concentrated in Canada and in California.

DeBoer: “We’re trying to be better. We’re known for our high quality snapdragons. Our flowers are taller than those from California. There’s no better marketing than a good quality product.” With regards to lisianthus, DeBoer described that as quite a difficult crop. “We still have a lot to learn. The quality varies from season to season. Last autumn was terrible. The plugs weren’t very good and the flowers didn’t grow tall enough.” The knowledge with regards to cultivating lisianthus comes mainly from the Netherlands. 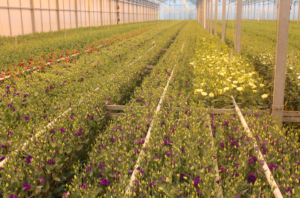 Rosa Flora has always been progressive. In the mid-nineties, they were probably the first grower in the world to use a mobile cultivation system for roses. But that never became a great success. Bulk said that at the end of the day, it just cost them a lot of money. Otto Bulk: “An advantage was maybe that it forced people to work harder. On the other hand, they were sometimes just standing there, waiting for flowers.”

The advantages were cancelled out by the disadvantages. ”We might have had an increase in production and higher labour productivity on the one hand, but there were the costs of the system and maintenance on the other hand. According to Bulk, the system performed well at a technical level, but movement meant wear.”

After ten years, the roses on the rolling benches started to be replaced by gerberas. The advantage of the mobile system became even smaller then, because gerbera is only harvested once a day. Otto Bulk: “Furthermore, gerbera cultivation doesn’t require the same amount of space for paths as rose cultivation. And because you’re moving your plants around, you’re spreading diseases and pests more easily.” So, when it was time to replace the rolling benches, they decided to choose a traditional cultivation system. The last rolling benches left the nursery in 2013.

In the nineties, Rosa Flora was one of the first companies in Canada with CHP. In the meantime, they’ve got four installations, generating 8 megawatts of electricity in total. In addition, they’ve got a wind turbine, which generates another 600 kwh. Electricity is expensive in Canada; 20 cents per kwh. Since DeBoer only uses two of his CHP installations for the nursery – the other two supply to the grid as part of a province-wide electricity programme – it’s sometimes hard to manage lighting. They get their heat from the CHP installations as well as from their wood burning boilers, which are running non-stop from October to April. In addition, there’s the heat from the boilers, which provides CO2.

Nothing through the auction

Rosa Flora is involved in almost the entire process, all the way to the end customer, apart from breeding. The cultivation of plant materials is something they do in-house. The snapdragons and lisianthus for example, are grown from seed. And they sell and transport their own production. In addition, they sell other growers’ flowers, such as Ed Feenstra’s lilies. All in all, 95% of their turnover consists of own production. 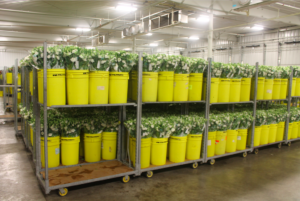 Rosa Flora has nothing to do with the auction. “Otto already learned that thirty years ago. The auction prices are always too low, no matter what we do. Moreover, selling through the auction means that we don’t have any direct contact with our customers, so we don’t get any information from them. Going through the auction basically means that you dump your flowers there and people buy them”, said Ralph DeBoer. That’s why they prefer direct sales. 60% of their flowers is shipped to the northeast of the United States, 40% is sold within Canada.

Rosa Flora’s sales are handled by their own sales team. Customers actually come and visit the nursery. “And when they see your produce, it encourages them to buy”, said DeBoer. “Customers feel more committed after they’ve visited the nursery.”

The company has its own lorries too. DeBoer considers the fact that they manage their own sales and transport to be one of the company’s strong points. “We did look into the option of outsourcing transport, but we found that the benefits were minimal. The advantage of the current situation is that we’re in control. As soon as the flowers are ready to be shipped, they leave the premises.” 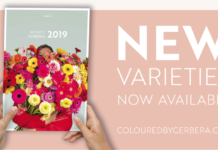 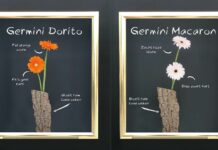 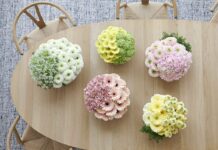 Canada: ‘If you don’t liaise with customers, you won’t get anywhere’