Schiphol has reached its maximum capacity and this is going to have an impact on our flower imports as air cargo companies might have to reduce the number of flights to Schiphol. Coen Meijeraan, public affairs manager at FloraHolland, says that eventually, some of the imported flowers that are traded by the auction might no longer go through the Netherlands. “FloraHolland really needs the imported flowers to ensure a deep and broad assortment. It’s going to be more difficult to achieve this.”

Why are cargo flights in particular affected?

“Schiphol allocates slots based on the maximum number of flights they’re allowed to accept. Up until now, everybody who asked for a slot would get one. But Schiphol has nearly reached its maximum capacity. When a carrier requests a slot nowadays, the slot coordinator puts him on a waiting list. Allocations are now dealt with following the IATA guidelines: if an airline has met the slot times at least 80% of the time, the rights to those slots are maintained. Since many cargo flights don’t meet the slot times, they lose their rights. And this process is repeated every three months, because slots need to be requested each quarter.”

What are the disadvantages for flower transport?

“In contrast to passenger aircrafts, it isn’t as important for cargo planes to arrive on a certain time, so they often come in late. For example, if the auction clock starts at 6 a.m., the flowers have to be there at 4 a.m. It doesn’t really matter whether those flowers arrive at 10 p.m. or 11 p.m. the night before. And cargo flights are characterised by peak periods. The system of airport slots doesn’t take into account that there’s a huge increase in flights around special flower days, like Valentine’s Day. Compared with the shipping industry, the passenger aircrafts are like liner shipping and the cargo planes are like tramp shipping.”

How does all of this affect the flower imports?

“KLM Cargo will be able to keep their slots for the next three months, but a large group of other freight carriers doesn’t get to keep theirs. They’ve got give some of their slots back, which might lead to a 15% loss of capacity for the flower import industry. But the actual impact isn’t clear yet. Perhaps KLM will be able to take over the lost capacity of others. If not, the flowers will have to be flown to Luxembourg, Liège, Brussels or Frankfurt. Lorries would subsequently have to transport those flowers to the auction in the Netherlands and then back again after they’ve been sold. Logistical costs will increase. Eventually the flowers might no longer go through the Netherlands at all.”

What does it mean for FloraHolland?

“The flowers that are traded via FloraHolland are shipped to 140 different countries, but 95% of them stay within Europe. FloraHolland is currently organised as a European hub. It’s not like if cargo flights are going to land in Frankfurt, the flowers immediately stop coming to the Netherlands, but in the long run, that risk does exist. It could eventually have a negative impact on our position on the European market. We really need the imported flowers to ensure we can offer our customers a complete assortment.”

FloraHolland wants to expand by selling more South American flowers, how is all this going to affect that strategy?

“FloraHolland wants to streamline the global flower trade virtually. So, if flowers from Kenya are sold in China, they don’t physically have to go through the Netherlands. Flowers from Ecuador and Colombia that are sold in the USA don’t have to physically go through the auction either, so these issues won’t have an impact on that global trade. But it might have a negative effect on our European hub function.”

Is there anything you could do to solve the problem of the airport slot system?

“That isn’t easy because the agreements were made between a number of separate parties and it isn’t clear who has the final word. What is clear though, is that the cargo sector didn’t get enough of a say at the time. Schiphol airport and local residents had much more influence. We’d like to see a better position for cargo flights when it comes to the distribution of the capacity. It’s possible, with Local Rule, to deviate from international agreements, so that might be a way for the floricultural sector to get some sort of protected position. The importance of the horticultural industry is huge for the Dutch economy. Expressed in export value, plants and flowers are the third largest product group in the Netherlands. We want to be taken seriously and that’s our approach for this lobby. There’s a meeting with the State Secretary on the 20th of September and the position of the floricultural industry will be discussed then too. We can’t stop the airport reducing the number of slots for flower transport for the next quarter, but we can try to influence future developments. We want politicians to take cargo flights seriously and at the same time, cargo carriers will have to start paying more attention to slot times.” 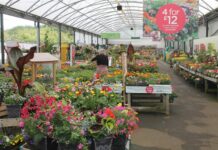 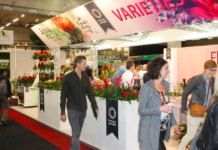