Spanish investment company JB Capital Markets is providing Aleia Roses with the necessary capital injection and is also buying all of the company’s shares. This guarantees the continuity of the more than 14 ha large nursery in Soria, a few hours’ drive north of Madrid.

JB Capital Markets, owned by a Spanish family, is investing more than €9 million in the rose nursery. Aleia Roses was granted suspension of payments in October 2019 and has had an administrator at the helm since then. Financial support was discussed with various investors, mostly Spanish companies, during the past couple of months. 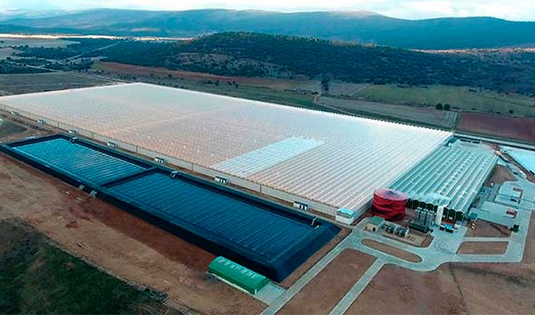 The nursery was initially just looking for an additional €3.2 million loan, so that they’d be able to pay the most important bills again, like for gas and electricity, as well as fertiliser and transport.

But in the end, they ended up talking to investors who, in addition to financing the loan, were also interested in buying shares. JB Capital Markets turned out to be the best fit. They aren’t active in the flower sector yet, but they are familiar with the agricultural sector through participations. Aleia Roses feels that their capital and knowledge are the necessary ingredients for the continuity of the nursery.

The 14.3-ha rose nursery, which Luis Corella started with an investment fund in 2016, is now entirely in the hands of JB Capital Markets. According to Corella, the recent financial problems were caused by cashflow issues in 2018, when an American investor withdrew from all its European participations due to some high losses. This is when Aleia Roses’ financial troubles began.

In the spring of 2019, Aleia Roses explained that after a difficult first production year in 2017, they had embarked on an upward trend with regards to production, quality and income. They also said then that they were expecting their profits over 2019 to be in the black. “We’ll reach the forecasted break-even point after the summer. In the meantime, we still see ways to further improve our quality and production. And we’re getting better at saving on labour, cultivation and energy costs. We’re working more efficiently all the time.”

Miranda Vrolijk - 2 december 2020 0
In the heart of metropolitan Seoul, you can walk up a 17-m high viaduct and catch up on your knowledge of plants....