China and the Netherlands are developing an Agropark in Chinese county Jiashan. Last week, several parties expressed their intention of taking part in the ambitious project through the signing of a memorandum of understanding. For the moment, there are no participants from the floricultural industry. But that might change.

In July of this year, Dutch Greenhouse Delta and the Chinese city of Jiashan founded the joint venture Jiashan Greenport Sino-Dutch AgriTech. The joint venture’s ambition is to develop an Agropark near the city of Jiashan, in Zhejiang province in eastern China. Last Thursday, the first potential Agropark participants met in De Kuip in Rotterdam to sign a declaration of intent. They included Lentiz Education Group, the local government of Jiashan, the Greenhouse Delta foundation, Wageningen University, Lans Group, Koppert Cress, BASF Vegetable Seeds/Nunhems Netherlands and the joint venture Jiashan Greenport Sino-Dutch AgriTech.

The location choice for the Agropark, in the east of China, was driven by, among other things, the current trend of urbanisation in China. It is expected that more and more Chinese people are going to live in large cities, especially in the east of the country. By 2030, the agropark’s catchment area will have a population of 180 million.

The movement to the cities is accompanied by a growing middle class. “As the middle class is getting larger, the demand for healthier food is also increasing”, explained Gert Dral of Dutch Greenhouse Delta. “By 2030, there will be 1 billion people living in Chinese cities, each requiring 75 kilograms of vegetables per year. That development demands quantity and quality. The current Chinese cultivation methods are unsuitable. What’s needed is a high-tech solution, and that’s why we’re developing an Agropark.”

This Agropark, which will be 400 hectares large, will be located in an area that’s always had a lot of horticultural companies. Proper roads and energy are plentiful and there’s also more than enough water. The old greenhouses in the area are currently being demolished. The joint venture is hoping to start the construction works in the beginning of 2020. The focus will initially be on building a Horti Center and the production greenhouses. After that, there might be some land left for outdoor cultivation.

Both the Dutch government and the Chinese authorities are supporting the project it appeared in Rotterdam. Chinese officials from Jiashong and Zhejiang spoke in favour of the collaboration between China and the Netherlands. The Chinese are offering relatively low lease rates for the land in the park, they don’t impose any tax on the profits made on the sales of the products grown, they guarantee sales for a certain number of years, and they’ve indicated they want a smooth granting of licenses.

Minister Counsellor of the Chinese Embassy in the Netherlands, Chen Ribiao, stressed that the national Chinese government is welcoming the foreign investments too. “Chinese president Xi Jinping said that the doors for foreign investments in China will only continue to open. Foreign investments will also be better protected, thanks to some recent measures.” Ribiao even suggested there are going to be changes with regards to the protection of plant variety rights.

For the moment, the Agropark seems to be focused on vegetables. In her ‘statement of support’, Evelyn Geurtsen, deputy director of the Dutch Ministry of Agriculture, Nature and Food, said that the Minister of Agriculture had stated that the production of food, flowers and plants must become circular in the future and that the horticultural sector must rapidly become climate neutral. “There’s a strong focus on internationalisation and market developments. That’s why I welcome this initiative. I hope that the collaboration will contribute to food safety as well.” 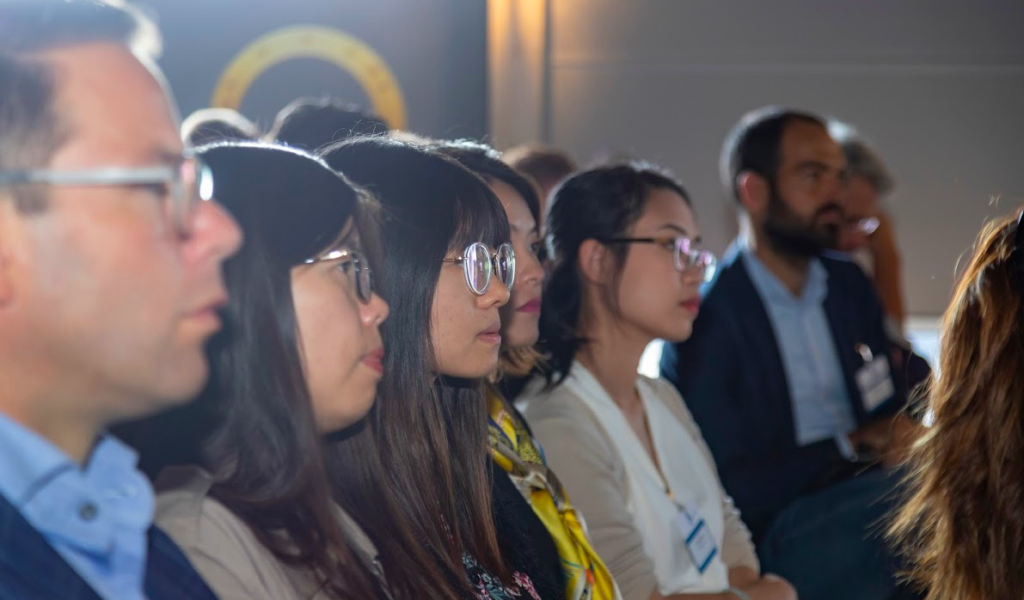 So, the emphasis is on food production. However, that doesn’t mean that floriculture companies are excluded from the project, says Eric Egberts of Dutch Greenhouse Delta. Many breeders are already active in China. Not just via agents. According to Egberts, the large breeders all have a tissue cultivation laboratory in China. Something they don’t tend to broadcast, according to Egberts.

It sounds like floricultural companies are indeed showing an interest in setting up companies in China. And a few floriculture companies had also come to the event in Rotterdam. So, who knows. The increasing middle class in China, especially the increasing number of rich people in the middle class, could be very interesting for the floricultural industry. Something that also came up in AIPH’s recent vision, in which they stated that the rich part of the Chinese middle class was going to be an important consumer group for plants and flowers in the future.