There’s no need to worry about a 100% import tax on fresh cut flowers that are exported from the European Union to the USA. However, cut foliage as well as dried or dyed flowers and flowers that have been processed in any other way, run the risk of being subject to extremely high import duties.

Cut foliage is listed by the Americans as one of the products from the EU that might be sanctioned with a 100% import duty. Cut flowers are mentioned too, but this doesn’t refer to fresh cut flowers, it only concerns dried and dyed flowers and flowers that have been processed in a different way. Fresh cut flowers from EU-countries are exempt from high American import duties.

The idea of high import duties on various EU-products isn’t a plan of the new government led by Donald Trump. It stems from a dispute between the EU and the USA with regards to American beef produced with growth hormones. The dispute has been ongoing for the past twenty years.

The EU meat market bans beef with hormones, despite the fact that the World Trade Organization (WTO) determined years ago, in 1998, that the EU should allow imports of American hormone beef. The sanctions in the form of high import duties on various EU-products are a consequence of the EU’s lack of response to the advice of the WTO. The USA has already imposed such sanctions before, with permission of the WTO.

A committee of the US Congress held a hearing with the American representative for foreign trade earlier this month, on Wednesday the 15th of February. It hasn’t yet been decided whether cut foliage and dried flowers, as well as other EU-products including tomatoes and pork, are going to be subject to American import duties. 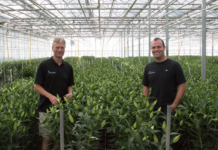 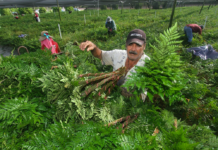 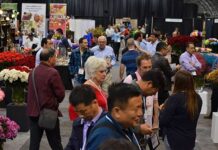 ‘Fighting with China is not a good idea’