A 500-ha plot of horticultural land to be developed near Bahir Dar, is attracting a lot of interest. Dutch growers who already have a nursery in Ethiopia, consider it an ideal location for expansion. Their applications are already exceeding what’s being offered.

Stefan Verbunt, senior adviser at the Netherlands Enterprise Agency (rvo.nl), confirms that there’s great interest among Dutch flower growers who already have a nursery in Ethiopia. “They’re even interested in 100-ha and 200-ha plots. Not to use straight away, but to develop in phases over the coming years.” 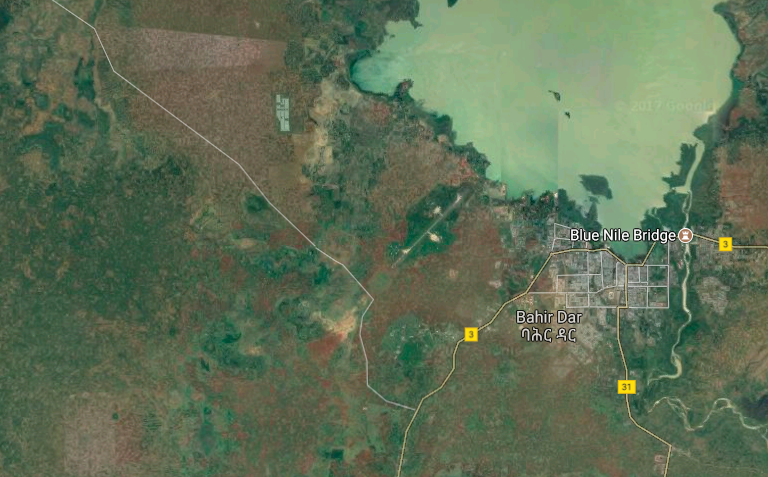 Bahir Dar is situated on lake Tana, 500 km north of Addis Abeba. The left side of the map shows the airport and the outline of a greenhouse, nearby the new horticultural area. Verbunt is project leader on the integral and sustainable development of a new horticultural area near Bahir Dar in Ethiopia. The Ethiopian government approached him and explained they wanted to develop the area together with interested growers and investors. An information evening was held in the Netherlands in the beginning of 2017 and at the end of September, a group of 14 interested parties travelled to Ethiopia to see the potential in the areas around Alagae, Awassa and Bahir Dar. They also spoke with local entrepreneurs and respresentatives of regional and national authorities.

Nobody has forgotten the riots that took place in the autumn of 2016 though; those incidents as well as the fire at Esmeralda Farms, meant that Bahir Dar and surroundings were world news for a while. Despite that, the region still seems to be the most popular, more than the 1,500-ha site near Awassa, which was heavily promoted as a suitable horticultural location in the beginning of 2017. “Awassa seems to be more suitable for agriculture after all, because of the limited availability of water, the relatively thin layer of fertile soil and its climate. But the Ethiopian government owns more land, some of which might be suitable for floriculture. They want to offer Dutch companies preferential treatment because they know that we’ll manage an area like a cluster and we’ll ensure that things like education, health care and environment will be looked after properly as well.”

Verbunt is meeting various local parties in Ethiopia in order to get more clarity on any property rights that might apply to the plots of land. He will also meet with growers that have shown interest in the land near Bahir Dar and make a first draft of a possible distribution. And Verbunt is going to approach a number of different embassies, to see if they would like to take part in the project. “We’re hoping to get more clarity from the government regarding the conditions and that we’ll be able to sign a letter of intent for the area. As far as the government is concerned, they’re keen for us to start, the sooner the better, because it will generate foreign currency and employment. But we’d like to make sure that everything is arranged properly. Doing business in Ethiopia is quite a challenge. Things are not like in Aalsmeer. But the risks and threats weigh out the opportunities and advantages. The fact that companies that already have a nursery in Ethiopia want to expand in Ethiopia, says a lot. But the group of visitors also included a few Dutch entrepreneurs who were exploring the idea of starting a horticultural company in Ethiopia.”