“As an entrepreneur, I really don’t know what to do about this”, deplores Pip Tesselaar, freesia grower in Heerhugowaard. He had a field of thermal solar panels installed last year, enabling him to heat his greenhouse without the use of natural gas. He gets the electricity needed for his heat pumps and lighting from the mains.

“I still have a small, 300-kW CHP, but I wasn’t planning to use it anymore. The increase of the sustainable energy surcharge on mains electricity is probably going to cost me around €50,000 to €60,000 per year. That’s a lot of money. We’ll probably find a solution, like keeping the old CHP running, but I feel truly misled. I tried to operate in line with the current policy of getting rid of all gas connections.  But this new measure makes me feel I should have installed a large CHP. The government is completely missing the mark here. This is hopeless.”

Pip Tesselaar is one of 647 growers affected by the increased ODE on mains electricity in the Netherlands. That’s the figure estimated by interest group Glastuinbouw Nederland. The majority, around 500, are ornamental growers. The total costs will amount to €40 million, which translates into almost 100k extra electricity costs per company on average. But there are also companies with three locations. They will be paying the surcharge three times and could be facing a cost increase of more than 400k. 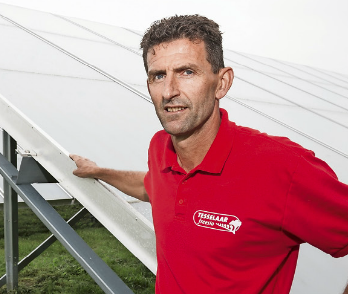 “This increase of the sustainable energy surcharge on mains electricity occurred without any negotiations, while we were busy discussing the National Climate Agreement”, says Sjaak van der Tak, chairman of Glastuinbouw Nederland. “It’s all very strange. As far as this is concerned, I must say that the Ministry of Economic Affairs has shown itself to be a very unreliable partner. We were the only sector in the Netherlands that tightened their CO2 emissions targets and now we’re presented with this. It’s completely unacceptable. There’s a conflict here.”

The tax increase feels like a slap in the face for companies that recently invested in heat pumps, dehumidifiers and other equipment. Let alone the companies that switched to geothermal energy. They’ve invested heavily and sometimes even changed their entire business operations, all to reduce their gas consumption.

Pot-plant nursery Ammerlaan The Green Innovator in Pijnacker supplies 23 horticultural companies in the region with geothermal heat. “Several of our buyers are now strongly considering turning their existing CHP back on, going back to using natural gas”, says director Leon Ammerlaan. “And that isn’t their own choice, they’re basically forced to do it, because the costs will be far too high otherwise. This is going to have such a negative impact on the development of sustainability within the greenhouse horticulture sector. It seems like nobody’s given any thought to the consequences. It couldn’t be worse.”

Van der Tak had urged the political parties – CDA, VVD and SGP in particular – not to go ahead with this tax increase. His plea was supported by a petition signed by 1,500 greenhouse growers and managers. Last Tuesday, nonetheless, the Dutch House of Representatives decided to approve the increase of ODE on mains electricity.  The amendment submitted by SGP politician Chris Stoffer, proposing to limit the 1.4-cent/kWH to 0.3 cents, wasn’t accepted. The only party in favour was PVV.

Even if this limited increase of 35% would have been a step in the right direction for Glastuinbouw Nederland, it still wouldn’t have been enough. “But it would have put us in a better position for negotiations aimed at reducing the increase”, explains Van der Tak.

The House of Representatives did however accept a motion of coalition parties VVD, CDA, SGP, D66 and ChristenUnie, in which they ask the government to ensure that the greenhouse sector will be able to receive a certain subsidy (SDE+) to promote more sustainable greenhouses, helping them with the purchase of solar panels and geothermal energy. This motion includes a request to the government to monitor the impact of the increasing ODE surcharge on the greenhouse sector, with a specific focus on affordability and sustainability achieved. Even if this doesn’t satisfy Glastuinbouw Nederland either, they do feel it offers some possibilities. 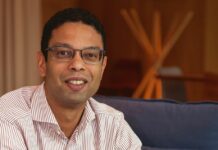