In response to the shooting of protest singer and activist Hachalu Hundessa, chaos has swept across much of Ethiopia. Due to roadblocks, riots and disturbances nurseries in the country remained closed on Tuesday June 30. There are concerns about the coming days.

34-year-old Hachalu Hundessa, a member of the Oromos, the country’s largest ethnic group, was shot in the evening on Monday, June 29, in the capital Addis Ababa. He died from his injuries. It is unknown who is responsible for the shooting.

The singer was a well-known protest singer who stood up for the Oromos and acted against the current government. In response to his death, disturbances started last night. The situation in Ethiopia has been under stress for some time. The situation has become worse because elections have already been postponed several times this year due to the coronacrisis.

The entire Oromia region was shut down on Tuesday, ornamental growers from that area say. Roads were closed, the airport in Addis Ababa was closed and several riots dominated the streets. Nurseries remained closed that day too. Growers are happy that they could still export their flowers by plane on Monday evening, so that unpackers in Aalsmeer still have some stock this week. The situation is worrying.

Oromia is the largest region of Ethiopia in terms of population and area. More than 27 million people live there. The Oromos have been complaining for a long time about their declining economic and political influence. Current Prime Minister, Abiy Ahmed, made history in the 2018 elections by becoming the first Oromo to achieve the country’s highest political function. Hachalu Hundessa who wrote the soundtrack to the Oromo revolution Awol Allo was a law teacher at Keele University in England in March 2018. 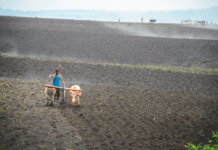 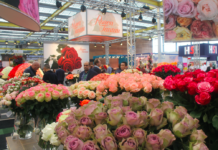