The consumption of flowers and houseplants in Europe rose in 2016 by 1.0% to €35.9 billion. The trend was particularly evident in Eastern European countries.

Increased consumption of flowers and houseplants

As a result of the difficult economic situation, there were negative outliers such as Greece, where consumption dropped by 16%. In Russia, with the poorly performing rouble, almost 13% fewer flowers and plants were sold. Italy also had a tough time in 2016. Other countries experiencing negative growth included Slovenia and Belgium.

The share of wallet that consumers are willing to spend on flowers and houseplants only decreased in the UK among the core countries. The more expensive euro compared to the pound is the most important factor in this. In Germany in particular, the willingness to buy flowers and plants increased strongly in 2016 after its earlier dip.

Growth is especially evident in online purchases. There are a number of rising stars with online-only business plans, like Bloomon, 123fleurs.com and eflorist.co.uk. More and more flowers and plants are also being sold via major online players like Bol.com, Amazon and Ebay. And the distribution organisations transporting the products via the florist are working hard and achieving success, e.g. Interflora/ Fleurop, Blume2000, Aquarelle and deBloemist.nl. The growth of online is evident in other branches as well. Thuiswinkel.org reported a growth of 23% in 2016 in the Netherlands compared with 2015. The “Home and garden” sector is among the top 5 rapidly expanding branches for online purchases. In Germany the growth was 12.5%, in France 14.6% and in the UK 16%  compared with 2015.

In 2016 Royal FloraHolland conducted the first study of the market for outdoor plants. The consumption of outdoor plants in the European region amounted in 2016 to €12.6 billion. The largest share of consumption, about 20%, was noted in Germany, followed by the UK and France. Although the willingness to buy was greater in the Netherlands than in those two countries, the Netherlands’ share lags behind them by some way at less than 3%. 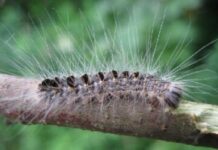 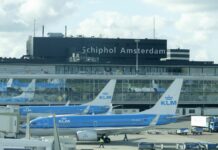