Product labels are playing a bigger role than before in the French Truffaut garden centres. The chain does sell imported products too, but consumers tend to go for products labelled with French flags and ‘produced in France’. They’re also heavily influenced by certification labels. As long as the certification is well known in France, is what we learned on our tour of the Truffaut garden centre in Nantes.

Upon entering Jardinerie Truffaut Nantes, the eye is immediately drawn to the bright product labels. In fact, it isn’t just the labels, with black text on a yellow background, but the fact that they’re accompanied by yellow pots and a large, yellow display showing a well-known bee character. Children probably all go straight for Maya.

But according to Nicolas Daspremont of Truffaut, a leading garden centre in Nantes, everyone responds to the bee. “People are more aware of biodiversity these days and there’s definitely more of an interest in bees since their numbers have gone down in France.” Enough reason for Truffaut to put the pollinating insects in the spotlight. “We’re buying extra plants that are good for bees. More than just lavender and buddleja, which we’ve always sold”, explains Daspremont, while he picks up a verbena plant labelled ‘Bee my guest’

Consumers who are interested in biodiversity also tend to ask for organically grown plants. “We get that question a lot”, says the Truffaut employee, while we’re walking towards the outdoor section, past tables filled with herbs and vegetable plants. “Plants grown without any chemical pesticides. The most popular are pots of basil in plastic sleeves. That’s because they feature the AB logo, which stands for ‘Agriculture Biologique’. It doesn’t matter where the product was grown. “These plants are from Germany.”

But many consumers do care about the country of origin. Chauvinistic as the French can be, they’re sensitive to products featuring the French tricolour and slogans like ‘Fleurs de France’. “That does really attract people.”

Daspremont estimates that three quarters of their supply is grown in France. For at least half of the growing period. That’s the prerequisite for French growers if they want to use the French ‘Plante Bleue’ label. So, the rooted cutting or the plant material could be imported.

A quarter of Truffaut’s end products are imported. But they’ve got to have something in French emphasises Daspremont, when we see a trolley filled with platycodon, purchased through a Dutch auction, being rolled in. “Every single plant needs to show the name in French, and we check this. Many French people don’t know any other language.” After a quick look: “Fleur du ballon, that’s fine.”

It’s clear from walking through the garden centre, that more and more French floricultural products feature the ‘Plante Bleue’ label. The logo can be seen everywhere, often combined with other logos. But whereas ‘Fleurs de France’, for example, is recognised by many consumers, this isn’t the case for ‘Plante Bleue’. “Most people don’t know what ‘Plante Bleue’ stands for, the label is only known by traders.”

There’s another label though, which is widely known, according to Daspremont. It was once developed for superior quality meat, but nowadays it’s used for ornamental plants too: ‘Label Rouge’. “We’ve noticed that plants carrying the label sell better.” The label can be used for dahlia, geranium, rose, Christmas trees and, from next year, also for fruit trees. You can currently find it at Truffaut on the shelves with packs of dahlia bulbs. And also on a table filled with carry trays of geraniums, where there’s a choice between ten ‘Label Rouge’ plants for €27, or ten non-label plants for €23. “The ‘Label Rouge’ plants are more expensive, but we sell more of them.”

We’re looking around the outdoor section, when Daspremont tells us that their house brand plants are also selling well. We can spot them here and there among the varied assortment. Standing in front of the clematis and other taller, 90-cm climbers, the Truffaut employee point out that “The sale of larger plants has really gone up. People are more willing to pay for bigger plants, they don’t want to have to wait for the plant to grow.”

Truffaut’s prices are generally higher, compared to other retailers. Across the road from the garden centre is an Auchan supermarket. “Our products are more expensive, but we offer good quality. Our customers often come in to ask for specific plants. People walk into Auchan to do their grocery shopping.”

Truffaut no longer sells Polygala. The plant is quite popular around here, but since the outbreak of xylella fastidiosa in southern Europe, Truffaut has stopped selling them. “We do get people who are looking for polygala, and we always explain to them why we’re no longer selling it.”

It seems like Truffaut considers polygala to be of a higher risk than some other host plants, because olive trees and oleanders are still on offer in the shop in Nantes. They aren’t from the south of Italy though, Truffaut stopped with those imports a while ago. The trees are now purchased from growers in other parts of Italy, and the French garden centre chain conducts extra quality controls.

Truffaut’s customers are completely unaware of this. The labels do show some passport codes, which are incomprehensible for consumers, but the word ‘xylella fastidiosa’ isn’t mentioned. Neither is ‘box tree moth’. But the number one plant on the menu of this moth is nowhere to be seen in this Truffaut, either. “No, we don’t sell buxus. We do sell Ilex crenata and Lonicera nitida. 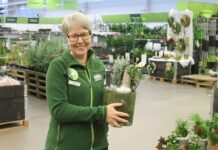 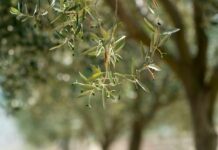 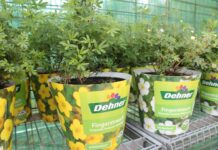