In Italy, special holidays, cemetaries and weddings are very important for the flower industry. During our visit to Myplant & Garden, Simona Polli of White Magazine gave us a closer look into the wedding market. After the financial crisis, this valuable market for flowers has been recovering for the past two years.

Polli visited Johan O. Verboom, Dutch consul general in Milan, last Tuesday. She was there to talk about the Italian wedding market. We spoke with her about the same on Wednesday morning at Myplant & Garden. She mentioned the amazing number of 170,000 Italian weddings per year. In addition, there are the so-called destination weddings: couples from abroad who have their wedding in Italy. Those amount to somewhere between 15,000 and 20,000. 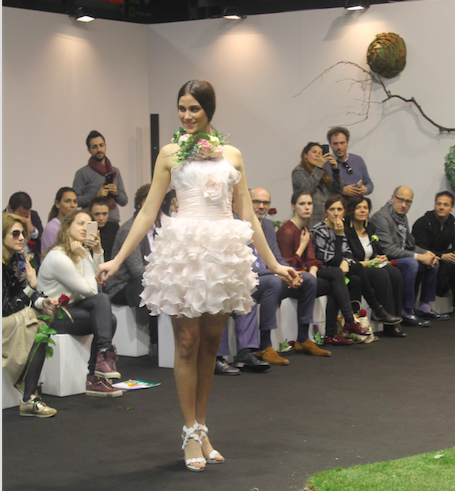 The figures are still impressive. But they used to be even higher. “In the early nineties, there would be around 250,000 weddings each year. That’s just the Italian weddings”, said Polli. She explained that Tuscany, Lombardy and Puglia are the most important regions for foreign weddings in Italy. Sicily is on the rise. For Italians, Campania is most popular.

Italy was hit by the crisis in 2008 and people were no longer spending a lot of money on weddings. Polli: “Before the crisis, a wedding had to be the best day of your life and something to spend a lot of money on. But then, when many people were losing their jobs, work and home became the number 1 and 2 priorities. Weddings became less important and the typical budget for a wedding got smaller. The problem wasn’t really the decreasing number of weddings, but the amount of money that people were willing to spend on it.”

The number of guests that people invited for example, went down dramatically. When previously, it could be around 200, this was now more like 80. And less money was spent on the wedding location, photography, the dress and the flowers. These days, an average wedding costs around 30,000 – 50,000 euro, whereas before the crisis, this would have been more like 100,000 euro. The number of births has also been going down in Italy the last couple of years. “No baby, no wedding”, said Polli. 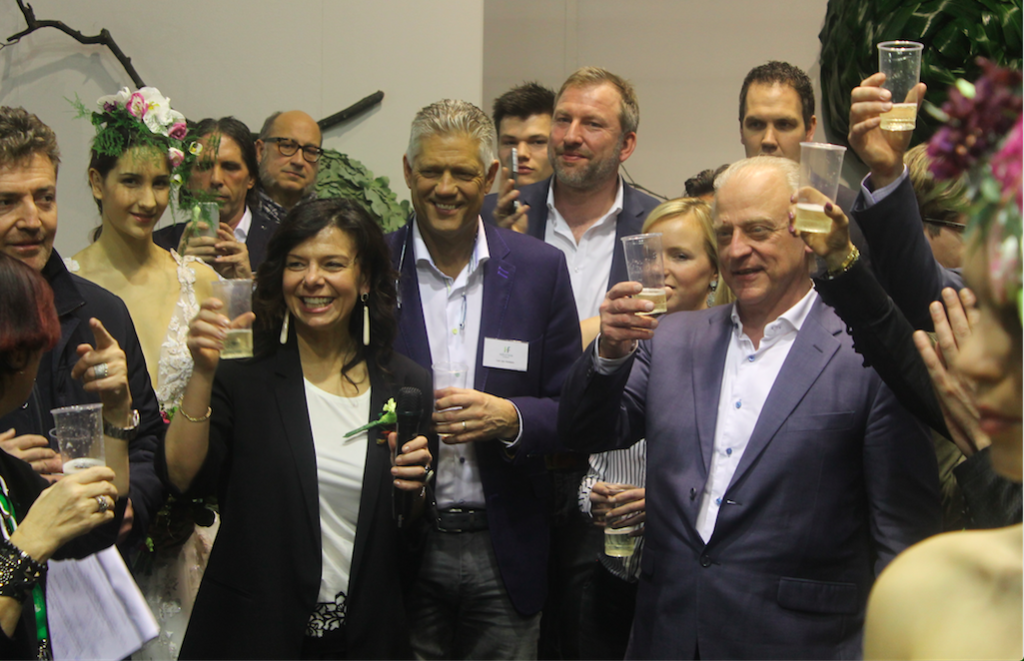 According to Polli, Italy is still in a crisis. But she does feel that things have slowly started to pick up again during the past two years. It’s reflected in the wedding market. The number of weddings increased from 145,000 to 170,000. “People have gone back to the idea of the wedding as the most important day in a life. That means that they’re interested in flowers again as well. Some couples spend 100,000 euro on flowers, but according to Polli that “only” happens around 20 times per year.

Simona Polli works for White Magazine, an Italian wedding magazine that’s published three times per year. Circulation is 50,000. Target readers are couples who are getting married. Five years ago, they also launched a Russian edition, which is published four times per year. A slight problem is that the Russians mostly use artificial flowers for weddings. Next month, she’s presenting a new magazine: The Real Wedding, covering weddings throughout the world.

Polli organised the bridal fashion show held at Myplant & Garden on Wednesday afternoon, together with the organisers of the fair, Flower Academy, and Premium Flowers from the Netherlands. Flowers were used for the brides’ dresses and headwear.

In addition, designers from northern, central and southern Italy had made floral designs related to weddings. And some of the floral designers presenting demos also focussed on the wedding theme.

In one of the floral design areas, we spoke with Valeria Randazzo, director of the fair. The architect started Myplant & Garden four years ago. In a short time, the fair grew to the current size of 45,000 m2 (three halls). Randazzo: “Italy really needed a good, new trade fair. As an architect, I really want the fair to look good. Exhibitors are clearly improving all the time with regards to their presentation skills.”

Randazzo went on to say that she’d like the fair to be as big as six halls. On Wednesday she seemed very happy with the number of visitors that morning. It was 35% higher than the previous year. The total number of visitors was 13,000 last year.

Myplant & Garden is back

Arie-Frans Middelburg - 15 september 2022 0
Since the start of the war in Ukraine in February, Reinoud Nuijten, the Dutch Agricultural Counsellor for Ukraine, has been working from the Netherlands....

‘The DNA of both companies matches’

The Brazilian flower festival is back!