Dutch Flower Group (DFG) was in the news several times the past couple of weeks. And the reports weren’t all that positive. Rosalink, for example, left the DFG family. And Intergreen lost a large Tesco tender. Marco van Zijverden: “We dropped out because the price was too low. I am 100% behind our decision. We kept our back straight.”

Our eye is immediately drawn to the Rosalink logo. That’s because the import and export company is located right next to the trade group’s head office. However, it will no longer be part of the group. Rosalink is leaving. This was one of the topics discussed in the recent news reports about Dutch Flower Group. Another topic discussed in the news the last few weeks regarded DFG company Intergreen. They were always completely dependent on their UK customer Tesco, which they’ve now lost.

Perhaps we should start with asking: how is DFG?

“We’re doing all right. Financially speaking, we’ve got a good year behind us. Many things are happening, and all at the same time, so I can see why you gave us a call. It can all be explained, though. Let’s start with Rosalink. That collaboration didn’t bring us what we were hoping for. The idea was to develop Rosalink together, and we didn’t manage to do that.”

“Things are changing in the African production countries and DFG might have started purchasing differently. At the end of the day, Rosalink showed no growth. Some Rosalink customers left, because they didn’t want to buy from a DFG company. They’ll probably be able to get those customers back now. So, it was a joint decision. We broke up in a respectful way and they’ll still be our next-door neighbours. That doesn’t mean I’m not sorry. When you start a collaboration, you want to make it a success. We didn’t manage to do that.” 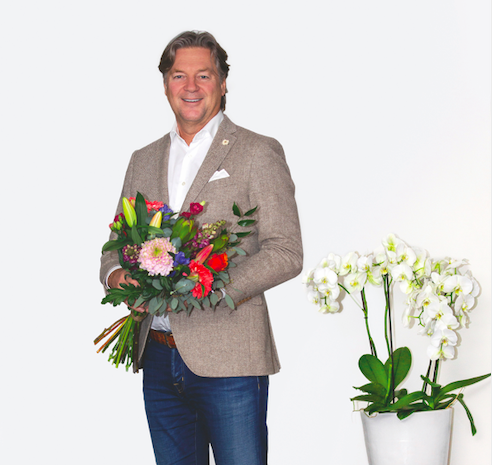 Intergreen didn’t end the year well, either. They lost a big tender. Were you involved in that?

“This tender process took more than one year. During the last six months, Harry [Brockhoff, CFO, Ed.] and myself went over to England several times. The reason why we didn’t come to an agreement was price. Tesco is changing their purchasing strategy; they’re switching to the so-called Agency Model. This means that they decide where plants and flowers are to be purchased, and a few different parties will be allowed to fill the order. But the costs had to be so low, that we decided to drop out.”

Why can the competitor do it for less?

“That’s difficult to say. Perhaps because they can work with a vertical integration model. A party like Flamingo for example, has its own nurseries, including fruit and vegetable ones, as well processing locations. That changes the entire calculation model. I don’t think we’re too expensive. We are the market leader for many retail discounters, so we can supply at a good price. Why not to Tesco? The problem is that they looked at price only, they didn’t take any of our added values into account. We respect their decision, but I don’t think it’s a wise one.”

“In my opinion, it’s better to spend 10 cents more on a bouquet you know for sure the consumer will buy. That’s how the retailer can ensure their customers will keep coming back. And that’s what we achieved at Tesco UK during the past couple of years. It was not for nothing that, with a market share of 55%, we were their largest and most sustainable supplier. Our KPIs were the best, said Tesco. Last year, we even received an award for best supply chain. That makes you think you’re doing well. So, when we found out we were losing the contract, we were completely baffled. We never thought our trade with the United Kingdom would hit rock bottom.”

How do you deal with such a setback?

“You win some, you lose some, that’s just the way it goes. I do find this particular case hard to accept though, because the results for all chain partners, including the customer, have been excellent so far. We’ve achieved a significant growth together. Internally, we’ve had some lengthy discussions about it of course. What’s the value of our outperformance? Tesco clearly put a different value on it than we did. And it’s true of course, that you could take away all sorts of extras. That’s probably what’s going to happen now. Because, at the agreed price, no one can add the same value and deliver the same results as we have in the past. I’m still 100% behind our decision.”

It doesn’t stop prices from going further down all the time, though.

“Competitors are also doing crazy things sometimes. That’s how we lost a tulip order. One party sets the price, and the rest must follow. But we’re keeping our back straight. In the interest of the growers, too. We benefit from a high-quality product and a strong, sustainable chain. We need our partners. We’d rather have a closer look at the supply chain as a whole. There’s more you can do there than simply take another cent off the flower price.”

What can still be done to improve the efficiency?

“Within DFG, we recently developed our strategy for 2025, called ‘Drive 25’. One of the aims is a more central organisation of our sourcing. Every Dutch Flower Group company currently has its own purchasing department. We’d like to create a team that manages the large flows for the entire business.”

You can read more of the interview with Marco van Zijverden in the new digital magazine of Floribusiness.