When potted-plant grower Richard Wiemeersch saw room on the market for celosia, he decided to extend his greenhouse in Holambra, Brazil by 4,200 m2. The greenhouse builder completed the job within six weeks. In addition to celosia and capsicum, Wiemeersch also started growing pentas. “Yes, the company is doing well. I can’t complain.”

It required a bit of luck and a builder who would stick to the tight schedule, but Wiemeersch’ extension was finished on time. Within the agreed six weeks. They could have had a week of rain, which would have held up the project, Wiemeersch knows from experience. But it stayed dry. Once the plastic was installed on the roof, they got 40mm of rain, but by then it no longer mattered. Bert Wagenmaker’s greenhouse company Florida managed to complete the project without delay, which means that the new greenhouse is already filled with the new celosia and pentas assortment. 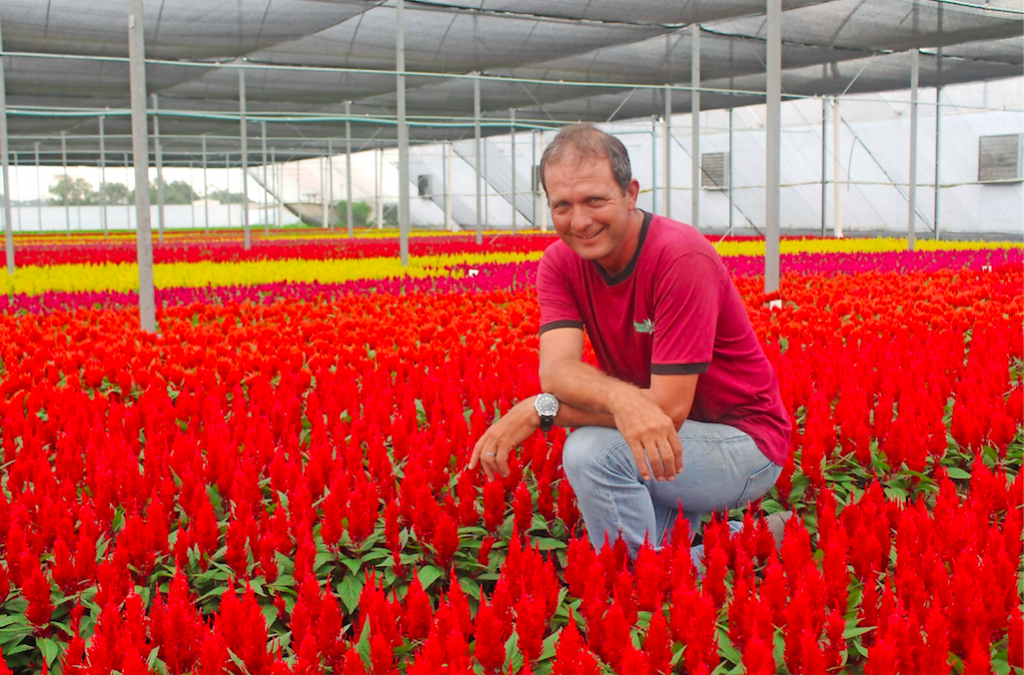 Wiemeersch really wanted to have the greenhouse finished in time, allowing him to distribute his extra production of no less than 40,000 celosia plants on the market in time for All Saints’ Day on the 1st of November. Based on the current situation, that shouldn’t be a problem.

It took quite a lot of preparations though, before the greenhouse builder could make a start. Wiemeersch’ original 2-ha greenhouse was built on a hilltop site, which required a fair bit of levelling work at the time. They now had to remove the remaining part of the hill, before they could begin building the extension. “We moved 4,000 cubic metres of soil to create the appropriate slope. The actual greenhouse construction could only begin after that. Including levelling, the build took around twelve weeks”, explains Wiemeersch. 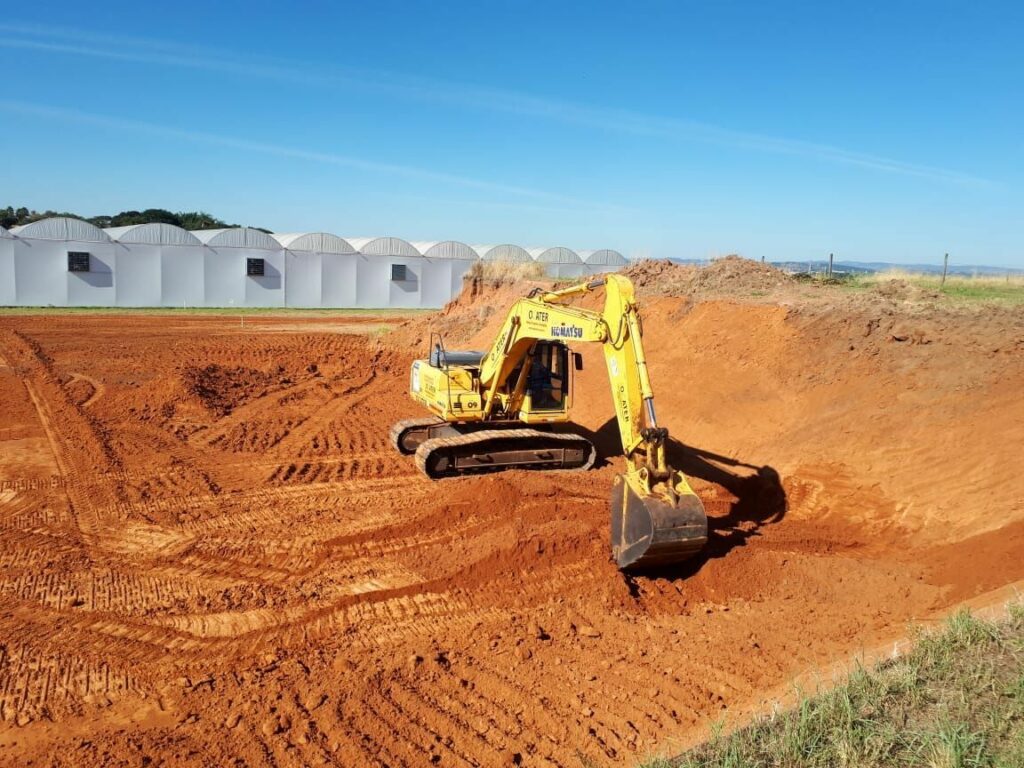 In addition to extending his cultivation area, he also expanded his water collection capacity. Wiemeersch: “In Brazil, it’s not unusual to have three months without rain. We had a long dry spell this year too.” Wiemeersch ended up pumping 10 million litres from a swamp, together with a neighbour. We collected it in two tanks and mixed it with rain water. The quality wasn’t optimal. “But it’s better to have water that isn’t great than no water at all”, Wiemeersch says adamantly.

“We use a lot of water. It’s winter now and with daytime temperatures of 30°C, we’re using 150,000 litres per day”, he continues. To prevent problems due to a shortage of rainfall in the future, Wiemeersch decided to install a pond with a storage capacity of 4.5 million litres, which expands his total storage capacity to 20 million litres.

The reason for the recent extension is that the grower, with roots in the Dutch province of Noord-Holland, thinks there’s room on the market for more celosia. Wiemeersch has been growing celosia for five years now and he describes the first three years as challenging. “Celosia was a novelty. But the hauliers just wanted to sell begonia and potted lily. That was going well, wasn’t it? So, why try something different?” 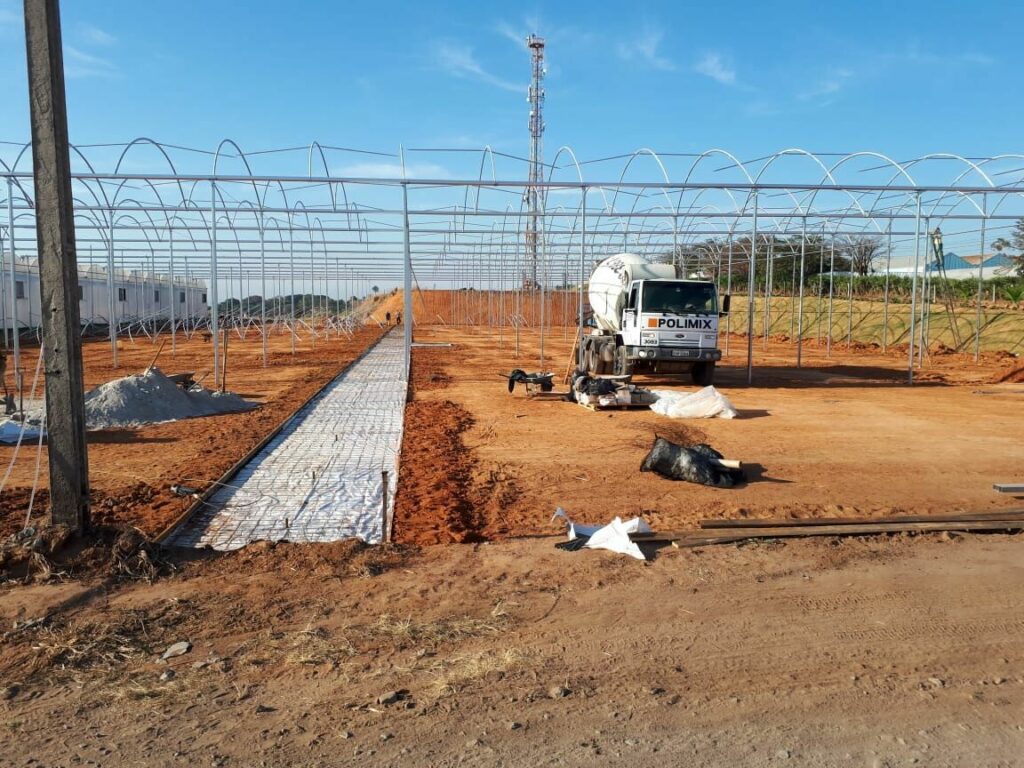 By now however, Wiemeersch has noticed that celosia has been accepted by a large part of the market. The supermarkets used to buy from hauliers, but Veiling Holambra really invested in getting them as customers. “It makes a huge difference. A smart move from the auction”, says Wiemeersch.

Supermarkets are interested in celosia. Wiemeersch explains that almost three quarters of his celosia plants are sold to supermarkets. The auction is acquiring more and more supermarket chains as customers, which creates more room for celosia. And as he is the only celosia grower in the region so far, Wiemeersch would like to fill up that space by himself. Potential competitors aren’t leaning back though, he feels.

Wiemeersch’ interest in pentas didn’t come out of the blue. In consultation with his crop consultant Ton Groot, he’d been looking for a third crop to spread his risk. When he and Groot visited IPM in Essen, Germany, in the beginning of the year, he came across them again and decided that that was what he wanted.

The perennial garden plant has the same cultivation cycle as celosia and capsicum: around 13 – 15 weeks. This makes it easier for the grower to change the numbers around if need be. Pentas also has the same climate requirements as capsicum and celosia. 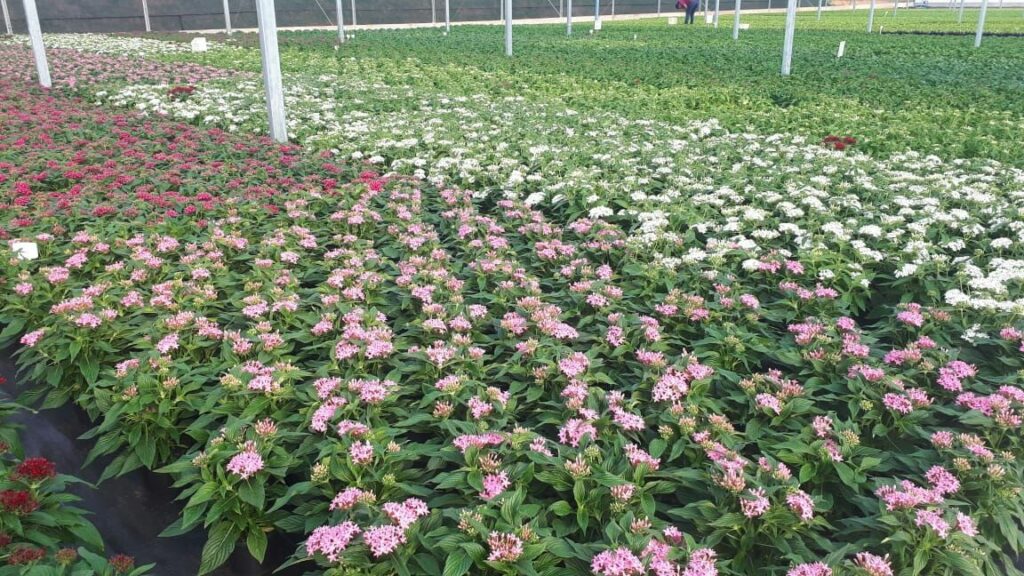 Initially, Wiemeersch wasn’t keen to start with a new crop. His experience with celosia had taught him that it can be hard to find a spot in the market. After celosia, he started with capsicum. Groot and the grower himself looked at the ornamental peppers that were offered through the clock at Veiling Holambra, and they felt that the quality wasn’t great. “That’s when I started growing capsicum. I managed to grow good-quality plants. A few colleagues subsequently stopped their production.”

With his pentas, Wiemeersch doesn’t expect the same start-up problems that he experienced with celosia. “Brazilians are already familiar with pentas. I won’t have to go looking for a market. You can place pentas in full sunlight and they won’t mind. That’s what Brazilians want. What’s more, the plants attract hummingbirds and butterflies. Another thing that Brazilians want.” He adds: “Brazilians are mostly familiar with the smaller pentas plants. I’ll be growing full-size plants in 14-cm pots.”

According to Wiemeersch, potted-plant growers in Holambra aren’t doing badly at the moment. “My company is doing well, I can’t complain”, he repeats his positive view later on. I suspect he’s speaking in euphemisms here, considering his cashflow allowed him to pay for the new greenhouse without any help from the bank. 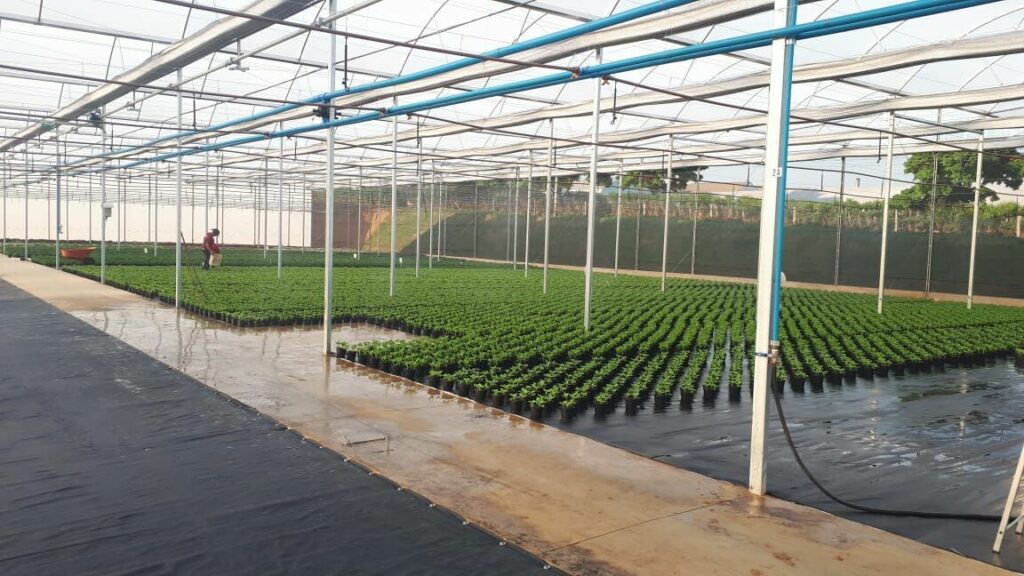 The ten-day strike of Brazilian lorry drivers at the end of May didn’t really affect his company. He couldn’t distribute any plants for a week, but he could still sell them when the strike was over. “For cut flowers and the auction, the strike was disastrous. But I didn’t suffer any loss of income. It also happened to be at a time when my production wasn’t particularly high anyway”. The numbers confirm this. Up until now, Máxima Flores’ turnover is 15% higher than last year.

Meanwhile, half of the 40,000 extra celosia plants have already been sold for All Saints’ Day. If the market continues to grow, Wiemeersch won’t hesitate to respond again. “I can extend my greenhouse acreage by another 1.5 ha. And that’s also what I’m planning to do in the coming years. My dream is to install WPS throughout the entire nursery. After that, I think I’ll be done!”

Victor van Dijk - 15 augustus 2022 0
Thankfully, things have quieted down in Ecuador, but during the eighteen days of insurrection, it was a hot topic again: ‘La ley del más...