The Turkish floricultural industry expects their plant and flower exports to exceed 100 million US dollars this year. That’s what Gülsen Bay of the Central Anatolian Ornamental Plants and Products Exporters Association said at IFTF in Vijfhuizen. 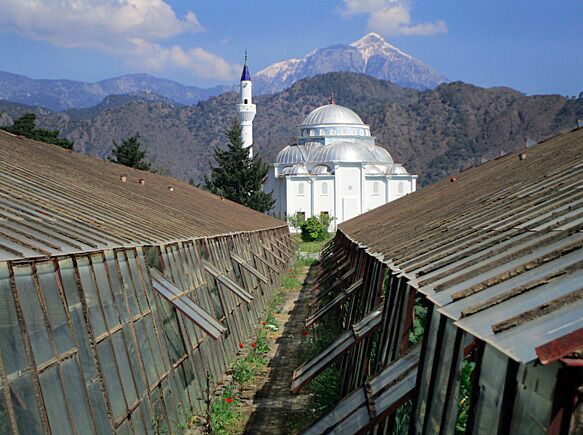 The continued growth in 2018 might have something to do with the weak lira, which makes Turkish plants and flowers cheap for other countries. All in all, there are no really big changes for the Turkish growers, emphasised Bay, pointing out that the weak lira also means that imports are getting more expensive.

Turkish main distribution markets for cut flowers are the Netherlands, the United Kingdom, Germany, Russia, Romania and the Ukraine. Bay explained that their main cut-flower crop is the carnation, which accounts for 90% of the total production. Other flowers grown in Turkey include ranunculus, gerbera, cut foliage, gypsophila and chrysanthemum. Potted plants are mainly distributed to Azerbaijan, Armenia and Uzbekistan.

According to Bay, the domestic consumption of plants and flowers is gradually increasing. She’s also noticed an increase in the total acreage of floricultural products grown in Turkey. Plants and flowers both have an equal share in the total production acreage of 4,858 ha. The Turkish floricultural industry employs around 25,000 people. More than 300,000 people depend on the sector in an indirect way.

The Central Anatolian Ornamental Plants and Products Exporters Association is the only export organisation in Turkey. They represent all plant and flower exporters. The organisation was founded in 1999 to represent and support the Turkish floricultural sector and it has more than 500 members.

The aim of the sector and the government is to reach an export value of 500 million dollars for plants and flowers by 2023 and to offer direct employment to 300,000 people.