Tree nursery Willy De Nolf in Waregem is known for its broad assortment. The Belgian nursery introduces new varieties each year. Breeders from all over the world know where to find the Flemish tree grower.

A row of giant, neatly pruned, pyramid-shaped hornbeams form a natural border at Willy De Nolf’s premises. We’re visiting one of this tree nursery’s two locations in Waregem, West Flanders. At this location, they pot up their own cuttings and grow smaller pot sizes (3 and 3.5 litres) until ready for sale after two to three years. Most of the work is automated, from potting up to attaching labels and spreading the pots across the container fields behind the greenhouse. 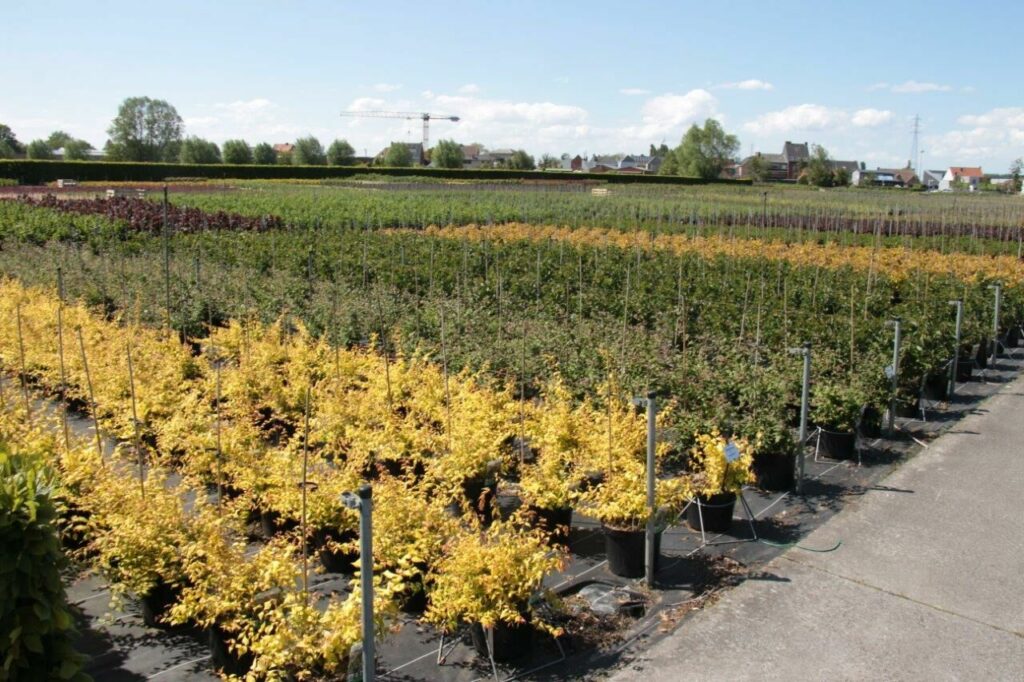 A mechanic of Willburg Projecten BV from the Netherlands is just arriving to repair the machine that’s used to distribute pots across the fields. “We tried to solve the problem via the phone this morning but that didn’t work, so we’re getting delayed now”, explains Lucas De Nolf (34). The young Fleming runs the family business together with his sister, brother and parents. The horticultural company is named after paterfamilias Willy De Nolf.

Variety as a specialisation

Upon entering the warehouse, we see seasonal workers that are busy with potting up and a few racks of hydrangeas that have just been removed from the cold store. Today marks the start of the growing season for this variety. It’s very suitable for phased cultivation, according to the young entrepreneur. He mentions grower Jos de Jong from Boskoop, who according to De Nolf specialised in this cultivation system.

Click here to read the full story in Floribusiness magazine.

Vandamme Plants invested in their own wind turbine

‘It could be a turning point for the Belgian floriculture sector’