Daily life is being picked up in Ethiopia after the riots last week, which left over more than 166 people dead. Nurseries are also opening again and the supply of ornamental crops from the country is starting up again.

AQ Roses reports that they were able to get back to work at their nursery in Ziway with a reduced group of employees on Friday 3 July. All businesses in that place were closed since last Tuesday. It has been quiet in most places since Tuesday afternoon, June 30, but transportation to the airport in Addis Ababa was impossible. Employees also couldn’t just take the streets for a few days. There were roadblocks and a lot of police and security on the way. Large groups of people should be prevented from gathering.

AQ Roses hoped to be able to work again with a reasonable staffing on Saturday 4 July. Then the customer specific orders can also be restarted for deliveries early week 28. Nursery Marginpar had very limited supply of Eryngium from the Questar series: Supernova, Magnetar, Orion and Aquarius due to the turmoil of the past few days. To a lesser extent, Marginpar had shortages of crocosmia and senecio. 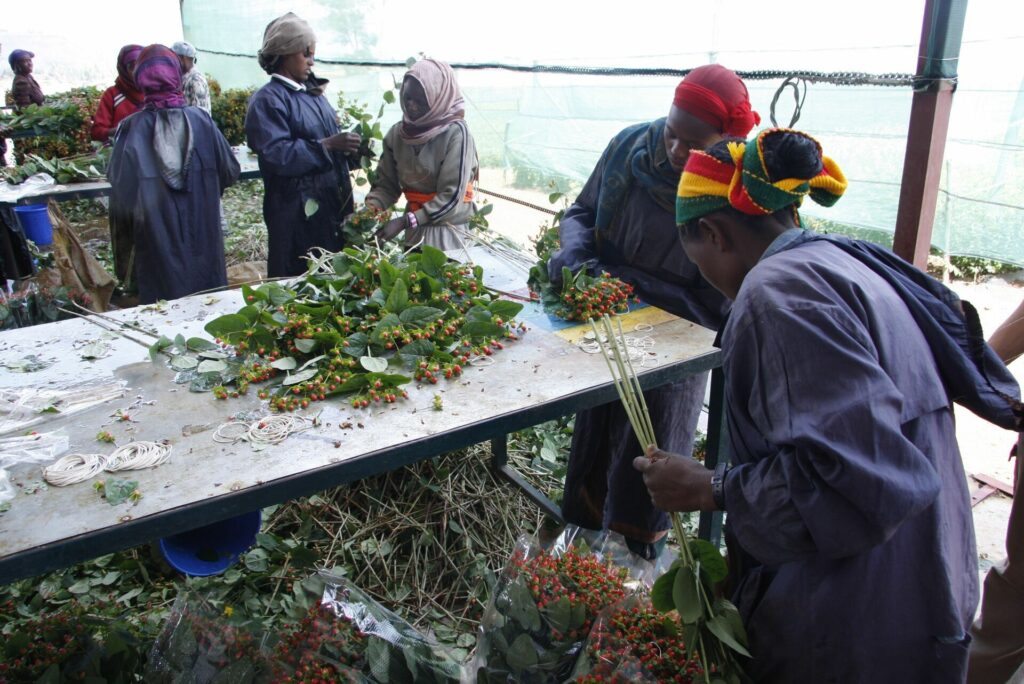 Marginpar has three farms in Ethiopia for the cultivation of summer flowers. Thanks to production on the company’s other farms in Kenya, Tanzania and Zimbabwe, the supply of astrantia and ornithogalum can continue as usual. The exception is Astrantia Billion Star, which is largely grown in Ethiopia.

The road to the airport is also open again, so the flowers and propagation material can be exported. Breeding and propagation company Deliflor has been picking cuttings again since last Thursday. The nurserie keeps her customers continuously informed of the supply and the options available to fulfill agreed orders. AQ Roses expects to be able to deliver orders according to specification again from Thursday 9 July without any problems. Ethiopian Airlines continued to fly in recent days, but practically without cargo.

The unrest in Ethiopia started on Monday evening, June 29, in response to the shooting of protest singer and activist Hachalu Hundessa. Nurseries were not a target, the Dutch foreign ministry emphasizes. The ministry issued an additional note for Ethiopia last week but did not change the travel advice. Orange code remains in effect. The violent disturbances in the capital Addis Ababa and in the cities of Harar and Dire Dawa were mainly to cause as much damage as possible in a short time. The singer’s funeral on Thursday, July 2, attracted many people.

Click here to read more on the riots in Ethiopia.

‘The auction should stick to its basic principle’

The VGB clashes with Royal FloraHolland