German supermarket Aldi was the first. They’ve started telling their suppliers to phase out plants and flowers sprayed with neonicotinoids. “I expect that all major supermarkets will be asking for clean flowers within the next two years.  Growers should be aware that it’s going fast”, warns Peter Janmaat, commercial director of Bouquetnet and Celieplant.

“On top of that, we were dealing with peak time for bedding plants and we were in the middle of the preparations for Mother’s Day”, says commercial director Peter Janmaat.

His office on the first floor, which still smells completely new, has glass walls offering views of the workplaces of the buyers, salespeople and the transport planning department. “Looking down from here, you can see all our production lines in full swing.”

Bouquetnet and Celieplant’s new premises at Japanlaan 5-7 is 12,000 m2 large and an improved copy of the ‘old’ building at number 15-17. Owner John Celie wanted it to be a showcase of sustainability, just like the other building (10,000 m2), with people and the environment as a starting point. While there were two thousand solar panels on the roof of number 15-17, the new building will have four thousand after the summer.

Rain water from the roof is collected, filtered and reused. “All our flowers are shipped in filtered and sanitized rain water”, explains Janmaat. “Any water that we receive via our growers in the buckets with flowers, is purified and used to flush our toilets.”

Furthermore, both buildings are sustainably heated, using the waste heat from the cooling installations, which is stored underground. In order to keep in the heat during winter and the coolness during summer, both buildings are heavily insulated and they’re built entirely of concrete, including the roof.

In addition, both locations collect and dispose the various waste flows separately, employees drive electric/hybrid cars as much as possible and the parking lots feature a total of more than sixty electric charging stations.

Both locations also boast a mixing and dosing unit developed in collaboration with Chrysal, which adds a liquid pretreatment to the flower water. “We used to use T-bags, small bags that were thrown into the buckets. By putting a halt to that, we used 27,000 kilograms less plastic during the past year.”

Bouquetnet and Celieplant have a total of 150 employees, around 100 of them work in the production area. Janmaat is proud to say that their absenteeism rate is almost zero. “We strongly encourage our production people to cycle to work. As an incentive, we offer a contribution towards the purchase of a bike.”

The new building also has a gym. “To help our employees keep fit, we’ll start a new scheme on the 1st of September, under which everyone will be offered one hour of training with personal coaching per week.” And they do more to get everyone engaged. “Like our daily fruit break, a traditional Polish meal in the canteen every Wednesday, and company drinks on Fridays.”

Out of the more than twenty European countries where the companies have business activities, Germany, Switzerland and Austria are the most important. “In the Netherlands for example, we’ve only got one supermarket customer.”

All plants go directly from grower to customer, the only thing that still goes through the auction is the final payment. “As for flowers, we still buy around 15% via the clock, but in the long term, we want to stop that too. We’d like to have control over everything, so that we’ve got certainty about the use of pesticides and about the logistics, specifications, various qualities and reliability.”

Janmaat has noticed that more and more customers have more requirements regarding the use of pesticides during cultivation. “A few supermarket chains have their own list of requirements, others demand MPS, GlobalGAP or FairTrade, and there are already some supermarket chains that no longer accept any products sprayed with neonicotinoids.

According to Janmaat, a few large supermarket chains recently indicated they only want organic plants and flowers. “I expect that all major supermarkets will be asking for clean flowers within the next two years. Growers should be aware that these things are developing rapidly and that they’ve got to move faster, or they’ll miss the boat.”

Janmaat feels that this is difficult for some growers. “Growers who are willing to make the change, often make it a condition that they can get a contract and that there’s continuity. That’s understandable; growers want guaranteed sales. That’s why we’re already working with contracts a lot.” 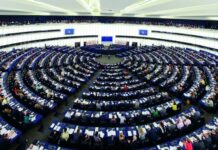