South Korea satisfies many of the requirements for a high flower consumption. The Asian country is prosperous and has around 52 million inhabitants, who like spending money on luxury products. Does that mean they buy lots of flowers, too? No, that seems to be considered a waste of money.

The past 67 years of South Korea’s history can be described as a success story. When the Korean War ended in 1953, the country was completely destroyed. For years, South Korea had to depend on donor countries. In 1970, the average income was still only a few thousand dollars per year. 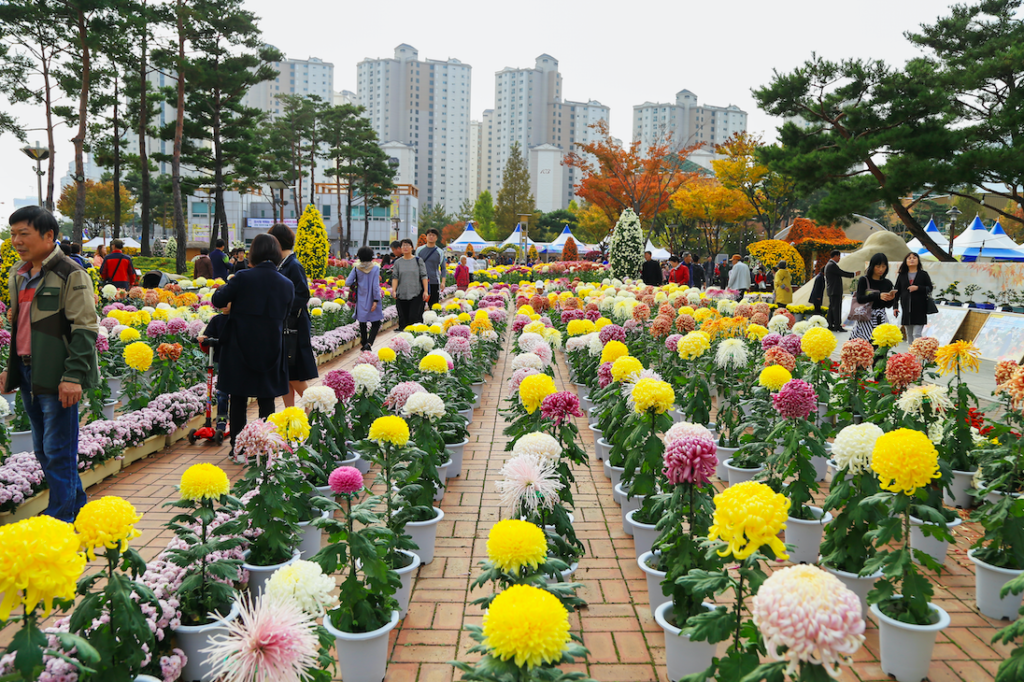 But nowadays, Korea, as the South Koreans say, is a rich country. They are the twelfth largest economy and the seventh largest export country in the world. The highly competitive inhabitants earn around 37,000 dollars per year on average, they live in luxury, drive fancy cars and buy expensive clothes. With approximately 1,500 billion dollars per year, their GDP is at a western level. Korea is the land of LG, Hyundai, Daewoo and Samsung. The country is no longer associated with war, but with K-pop.

This is how Gelare Nader described it at a business opportunity seminar focused on the cut-flower sector in South Korea, which recently took place in The Hague. The seminar was organised by the Netherlands Enterprise Agency (RVO). Nader is the Dutch Agricultural Counsellor in South Korea and Taiwan.

Interested greenhouse builders, breeders and flower exporters were given an impression of the flower sector in Korea, and possible export opportunities to the country, by Nader and Oscar Niezen of CoHort Consultancy. Niezen spoke about his market research. Nader shared her own experience, as well as the outcome of a study into Korea’s cut-flower sector, which was conducted last year.

Click here to read the full article on South Korea in Floribusiness magazine.