Dutch exporters continued to increase their plant and flower sales in September, although the 4% growth is slightly less than the average 6% increase of this year. Trends such as the wider spread across countries, stronger increase for flowers than for plants and the sharp rise to Germany, were reinforced. Despite the positive flow, exporters have also noticed that international competition is becoming stronger.

This was revealed in a report from Floridata and trade association VGB, last Thursday. The value of both flowers and plants went up by 4% in September, reaching a total of  €280 and  €168 million respectively. Up until September, the export value of plants and flowers from the Netherlands had gone up by 6%, reaching a total of € 4.7 billion. With a € 1.2 billion turnover, the quarterly sales were 2.6% higher compared to the third quarter of 2016. 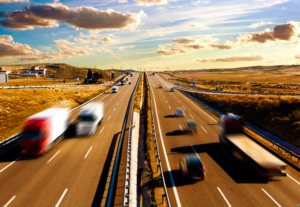 After the first three quarters of this year, cut flowers are still taking the lead: plus 7% for cut flowers compared to plus 4% for pot and garden plants. Last year, it was the value of plants that showed the stronger increase, and in 2015 it was the flowers. VGB director Matthijs Mesken said in last Thursday’s report that “It’s characteristic for the Dutch wholesale market that concepts were developed both for plants and for flowers, which broadened the market”.

Plants and flowers are shipped to more and more different destinations. Wesley van den Berg of Floridata has noticed that there have been more requests for credit information regarding relatively new and developing distribution countries. “That’s a growing trend. And by providing information about potential buyers, we can offer support to the exporting wholesalers.”

Up until September 2014, the turnover share of the top 10 destinations was at 83.5% and the remaining 16.5% was spread across other countries. At the end of September this year, the share of other countries has gone up to 19.5%, an increase of 3 percentage points or 18%.

But traders and exporters have also noticed that local production in distribution countries has been increasing. It’s one of the reasons for the rising international competition. “An even stronger focus on IT can strengthen the position of the Dutch wholesale segment”, said Mesken. Sales to Germany, one of the largest distribution countries, which up until September represented a third of the Dutch plant and flower export value, went up by € 66 million, which is 27% of the total growth. England (-6%) and Sweden (-1%) are the only top-10 export countries that are showing a decrease. Russia (+37%) continues to grow the strongest.

‘Royal FloraHolland doesn’t look too different from a communist state’