Five entrepreneurs are going to develop a new horticultural area in the Ethiopian region of Kunzila. They’re planning a 500-ha large, state-of-the-art project that will be integrated in an existing 11,000-ha agricultural area. Dutch and Ethiopian governments are closely involved in the project. However, recent unrest has led to some reservations and delays.

There’s currently 1,700 ha of floriculture in Ethiopia, reported Tewodros Zewdie. He’s the director of the Ethiopian Horticulture Producers Exporters Association (EHPEA). If everything goes according to plan, this acreage will be expanded by 500 ha. A German grower, a Belgian grower and three Dutch growers want to start activities in Kunzila, around 300 kilometres north of capital Addis Abeba, not far from Bahir Dar.

“It’s going to be a very sustainable project that will create a lot of employment and promote knowledge transfer to other sectors. It’s going to be the best horticultural area in the world”, said Zewdie. He’s very happy with the project. “It will also help improve the position of women in the area. More than 80% of the employees in the horticultural sector are women.”

The first two entrepreneurs were going to sign the lease contracts for the land on Thursday 24 October. However, one day before that, riots broke out in the Oromia region. Kunzila is located in the Amhara region. In the end, one company, summer-flower nursery Abyssinia Horti PLC, signed the document that week. The four other growers still need to do the same. 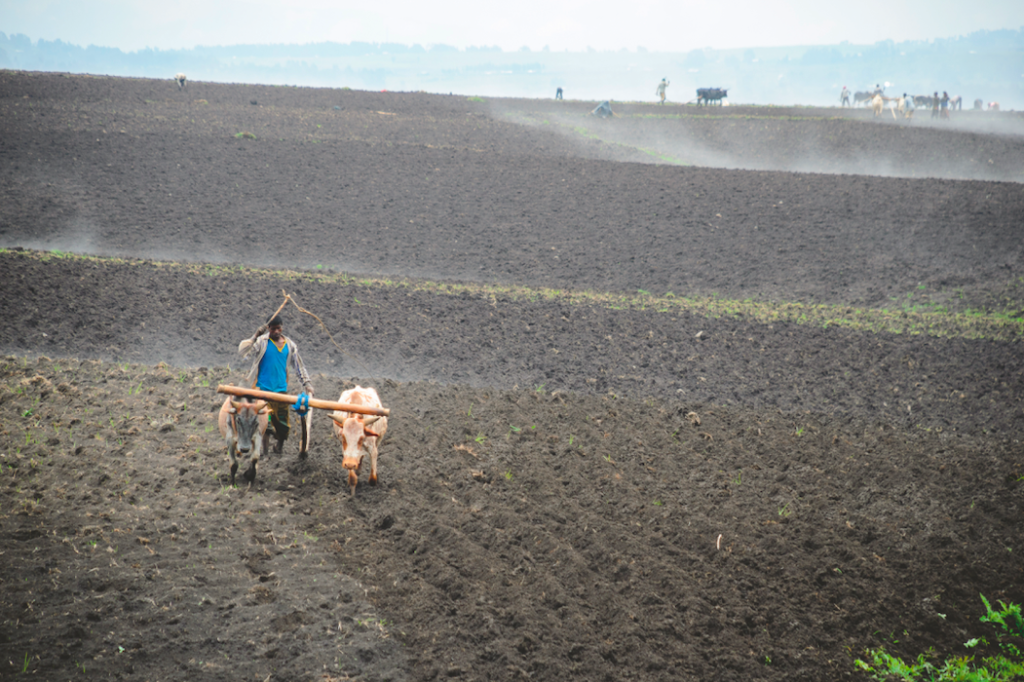 As soon as everyone has signed, construction works can begin, explained Niek Bosmans, Agricultural Counsellor in Ethiopia. “We’ve prepared thoroughly for this project, so that it can be implemented and realised quickly.” According to Bosmans, the local, regional and federal governments are welcoming the investments with open arms. Part of the preparations were focused on ensuring that the population of Kunzila would view the investments as important for their development.

Whether the recent unrest in Oromia is something that could flare up in Amhara too, is difficult to predict. “Ethiopia has started a promising, but fragile, process of democratic reform under the current prime minister. But this has also reopened many old issues about land and water usage for example, as well as other historical grievances often fought along ethnic lines”, said Tim Kos, first secretary political affairs at the Dutch embassy in Ethiopia. “Youth unemployment is very high and the economy isn’t doing great. So, young people don’t see a bright future and this dissatisfaction can be felt throughout the country. There are some troubled places in Amhara too, but Kunzila isn’t one of them.”

Before the start of the project, an extensive country study was conducted. “We also conducted a special impact analysis for the project. The land is owned by the state, there were no farmers that had to be asked to leave for this project”, explained Bosmans.

Due to the unrest and the early stage of the project, the entrepreneurs involved don’t want to share too much. They grow roses, summer flowers and cuttings. “We can confirm that Selecta has been involved in the project in Kunzila for a while now, but we don’t have any further news to share”, said Dries Eikens, director offshore production locations at the German cuttings company.

The investment in the new horticultural area amounts to $55 million. They’re hoping to generate $65 million worth of exports per year. The project will provide 10,000 jobs directly and many more indirectly, reported Bosmans.

The five entrepreneurs will be working very closely together under one umbrella company. One of the results of this collaboration will be that there won’t be five half-full lorries driving to the airport in a few years’ time, but three full ones. It saves costs and it’s environmentally friendly. Products are transported to a nearby airport offering international connections. “It’s located at a lower elevation than Addis Ababa, allowing planes to take more freight. Ethiopian Airlines is looking forward to the new project”, said Bosmans.

The 500 ha of new floricultural development will be integrated in an existing 11,000-ha area, which includes dairy farming, poultry farming and agriculture. There’s a strong focus on circular agriculture within the Kunzila project. For instance, the flower growers’ compost will be used to improve soil structure for surrounding farmers. The Dutch entrepreneurs are planning to collect rainwater during the rainy season, and they’ll use helophyte filters to purify wastewater. Farmers can subsequently use this water for irrigation purposes. Agricultural expertise will be shared in an expertise centre, set up by Dutch entrepreneurs.

One of the objectives of the project is to reduce the erosion caused by overgrazing in the Kunzila area. The water quality of Lake Lana, the largest lake in Ethiopia, is declining due to erosion. Bosmans: “We want to transform the area to a more productive and more sustainable one. The project should also lead to greater food security and higher income for the farmers.” IPM is also going to play a role. The local government will get access to the infrastructure provided by the investments, which will improve their market access. Local farmers will also get access to a larger commercial network, with the availability of modern seed, among other things. Health care in the region will also benefit from the project.

The next step is for the remaining entrepreneurs to sign. But the turmoil of last October caused a slight delay to the Kunzila project. Bosmans and Zewdie estimate it will take around four years to develop the area completely. “It’s full speed ahead now. What’s important, is that the local government and the local population are behind it. It’s been great to hear them ask: ‘when are you starting?’” concluded Bosmans.