Plant and flower exports from the Netherlands have already reached a total of € 3 billion during the first five months of the year. “This value has never been reached so rapidly before”, said VGB, based on Floridata’s export statistics. Both the value for plants and that for flowers went up by 13% in May. It meant that the 6% increase up until April continued to go up, to 7.5% up until May. Top buyer Germany in particular, has contributed to the growth.

A turnover of  € 3 billion hasn’t been reached so quickly ever before and the sales value for one month has never been as high as last May, according to Floridata’s figures. The 13% increase in turnover meant a total value of € 733 million for May. In May 2016, turnover reached a total of € 650 million.

The sales value for purchases from Germany went up in May, for cut flowers as well as for pot and garden plants. Mother’s Day fell on the 8th of May last year and on the 14th of May this year, leading to extra turnover during that month. And the sales around Mother’s Day were very good in Germany. “That was true for other countries too and demand continued to be strong after Mother’s Day as well”, said Marius Dekker, CEO of export company DGI.

Patrick Dobbe, of Dobbeflowers cash-and-carry based in Aalsmeer, confirms that the same was true for the Dutch market. Commercial Director Ron Toet of Waterdrinker points out that there’s been a situation of catch-up within the German market for plants. “The sale of garden plants in particular, fell behind in April because of the bad weather. That was made up for in May.” In addition, the large retailers, DIY-stores and discounters in Germany put a strong focus on plants and flowers this season, which is confirmed by a further analysis of Floridata’s sales channels.

Mother’s Day on the 14th of May may have been a real boost for the plant and flower market, but that wasn’t the case in France, where Mother’s Day was celebrated on the 28th of May.  Exports to France didn’t exceed € 96 million, slightly less than last year. This had a bit of a negative effect on the cumulative growth of the top 3 sales destinations, which was still positive all in all.

The British market, second distribution country in between Germany and France, has also fallen behind. “The drop of the exchange rate of the British pound is the main reason for the decrease”, explains director Dick van Bommel of Heemskerk Flowers, referring to the depreciation of the British pound from € 1.43 in 2015 to the current € 1.13.

Wholesalers feel that the increasing plant and flower sales are accompanied by a positive mood. “The events market is also picking up again” – a good sign according to Dobbe. Toet has noticed that confidence in the recovering economy seems to be growing almost everywhere in Europe. “Based on the results up until now, we should expect a good year.” Dekker and Van Bommel sent out a similar message. 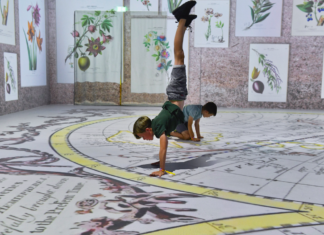