Last December, we got to enjoy a white Christmas here. The snow started to melt on Boxing Day. Temperatures have steadily been going up since then. This week, the weather station showed an unusually high 12°C. They call it January thaw, but up until now, we’ve hardly had any frost at all in January and it isn’t forecast before the end of the month either. The weather we’re currently getting is more like in Holland, with plenty of foggy and cloudy days.

Consumer confidence has been increasing in Canada during the past year, as a consequence of the increased exports to the United States. And the newly signed CETA agreement with Europe promises improvements for trade as well. But unfortunately, new challenges are arising.

We’ve all seen the inauguration of Donald Trump as president of the United States this week. In Canada, just like in the rest of the world, the news regarding the election results was followed and accepted in great disbelief. Canadian industries are anxiously waiting to see the consequences of all the protectionist talk.

Unlike the USA, both Canada and Ontario have left wing governments. Their commitment to climate change and human rights goes in the extreme opposite direction. They’re closing down all the ‘polluting’ coal-fired power stations, they’re introducing CO2 taxes and increasing the energy prices.

During the past 18 years, electricity prices have gone up from 3 cents to 9 cents (night tariff) and 18 cents (day tariff). The minimum wage has also seen a steep rise from $8.00 to $11.00, with additional increases up to $14.00 in the near future. More and more production companies are considering moving their activities to the USA or Mexico. We’ve already seen some of the vegetable production companies making this change.

The ‘green’ Canadian politics aren’t supported by stimulating measures and we’re losing our competitive position. These policies are mostly supported by people in urban areas. The SMEs and the agricultural industries are represented in the national politics by their own lobbyists. Political issues and decisions are discussed in the national newspapers here, but not much on TV. There aren’t any current affairs programmes.

It’s our responsibility to protect the environment, save energy and respect human rights. We’ll wait and see what kind of new policies the USA is going to introduce and we’ll adjust our business operations wherever needed. 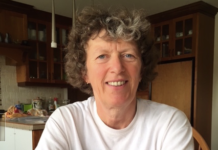 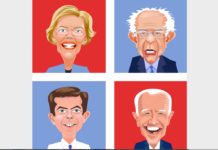 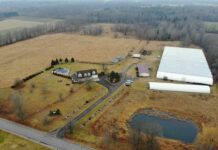 André van Kruijssen - 7 april 2020
0
Looking back to my previous blog, it seems like I wrote it in a different century. Six weeks ago, we were in the middle...