Dutch companies VG Colours and HE Licenties/Hanson Uitgevers (HE/H) are involved in a dispute regarding the patent on an orchid dyeing technique. Over the past couple of months, HE/H took dyed-phalaenopsis samples at various points of sale, and they suggested that the supplier used a technique for which he doesn’t have the patent rights. The situation has resulted in unrest within the market, empty shelves and the hiring of lawyers.

If you recently visited a garden centre, perhaps you noticed the absence of dyed phalaenopsis. That’s almost certainly due to a letter from law firm Eversheds Sutherland, which the suppliers received in week 37. According to this letter, the addressees were among the companies that have been buying Phalaenopsis Royal Blue, either directly from VG Colours, or through mediation of companies like Logico and VG Orchids, over the past couple of years. It is believed that this plant is an infringement on the patent rights belonging to Hanson Uitgevers, who granted an exclusive licence to HE Licenties.

VG Colours and HE Licenties/Hanson Uitgevers (HE/H) have been involved in the dispute regarding this patent on an orchid dyeing technique for a while. On 19 June 2019, the court held VG Colours liable and ruled that they were no longer allowed to dye flowers in the manner described in the patent belonging to HE/H. However, according to Guus van der Kaaden of the latter party, the dyeing continued as before. 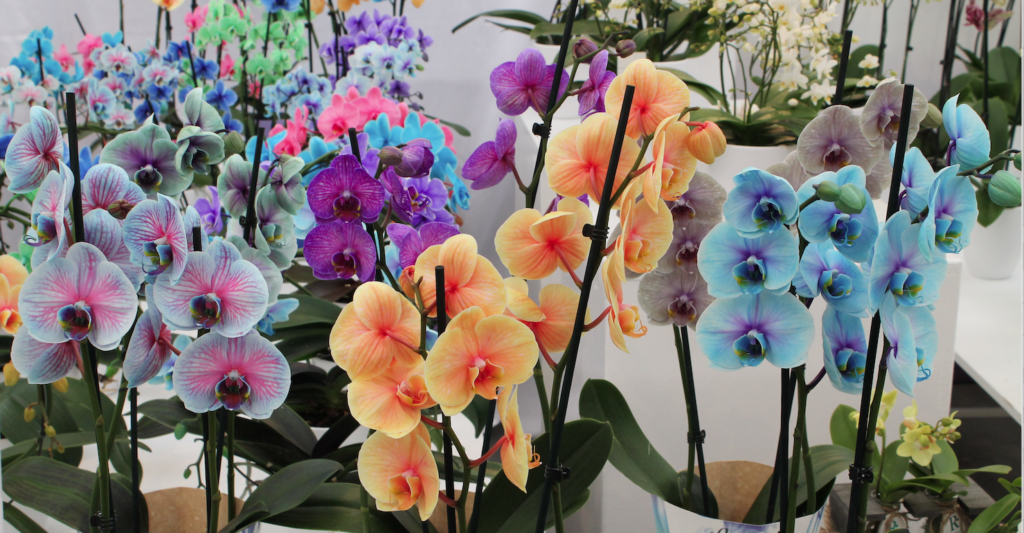 VG Colours argues they use a variety of colouring techniques, none of which infringe on any patents. They also say they had this confirmed by a patent attorney. Van der Kaaden on the other hand, says that his company also had VG Colours’ dyed orchids tested by several different patent attorneys. “We decided to just wait and see for three months, but the infringement is still continuing. We’ve had enough now.”

VG Colours tried to seek publicity via a press release and an email to their relations. They feel that HE/H deliberately disturbed the business relationship between VG Colours and their customers. Furthermore, they consider HE/H a party that doesn’t understand the market, as they don’t have any notable clients in the floricultural sector themselves. Van der Kaaden disagrees and explains that nursery Cympha from Bleiswijk is one of their long-standing customers. He adds that HE/H has customers in Brazil and the USA as well.

Via an upcoming interim injunction, VG Colours want to stop HE/H from contacting their business relations and buyers. Furthermore, VG Colours is also starting an appeal procedure to challenge the previously mentioned ruling of 19 June 2019. VG Colours’ directors are confident that the interim injunction and the appeal will provide the desired results.

Thanks to the letter, including several annexes, the buyers of these plants now know what’s going on. Any party that buys and sells these plants is complicit and liable, wrote the law firm. Even transporting the plants or keeping them in stock is punishable. If you do want to sell dyed phalaenopsis, make sure there’s no infringement on the patent mentioned above. ‘Have your plants tested’, is their advice. Compensation payments and payments to cover income foregone can increase rapidly. HE Licenties is talking about hundreds of thousands of euros. It will be up to the judge soon, to decide the actual amount associated with the present dispute.

Meanwhile, retailers aren’t taking any risks, even those who didn’t receive the letter in question. They took all dyed plants off the shelves. For the duration of the investigation, they’ll hold off on this product group. Several in-house lawyers are working on the case as well.

When we asked growers, traders and colouring companies involved in the dyeing of plants and flowers about the situation, the general response was that a dispute shouldn’t be fought via the media, via letters to buyers or via press releases. They preferred not to share their own opinion about the VG Colours/HE Licenties case, either. When there are legal issues, it’s best to stay under the radar.

The fact is, phalaenopsis dyeing hasn’t come to a halt. The numbers are smaller, though. That’s not just because of the dispute, but also because the demand (and therefore, the price) for white phalaenopsis, the base product, has gone up a bit. If you can make some nice earnings with those, why spend extra money on colouring, especially given the current unrest in the market?

Dyed phalaenopsis has never been a bestseller, the managers and sales managers all agree. Anonymously, because they don’t want to give the impression they’re involved in any way. Because it’s such a niche product, most of them didn’t switch to other suppliers. That way, they don’t risk buying products that might infringe on any patent rights, either.

The fact that buyers with several branches don’t offer dyed phalaenopsis at all their sales points, is another indication that the product group isn’t a must-have. Product demand is larger in Belgium and Germany than in the Netherlands. 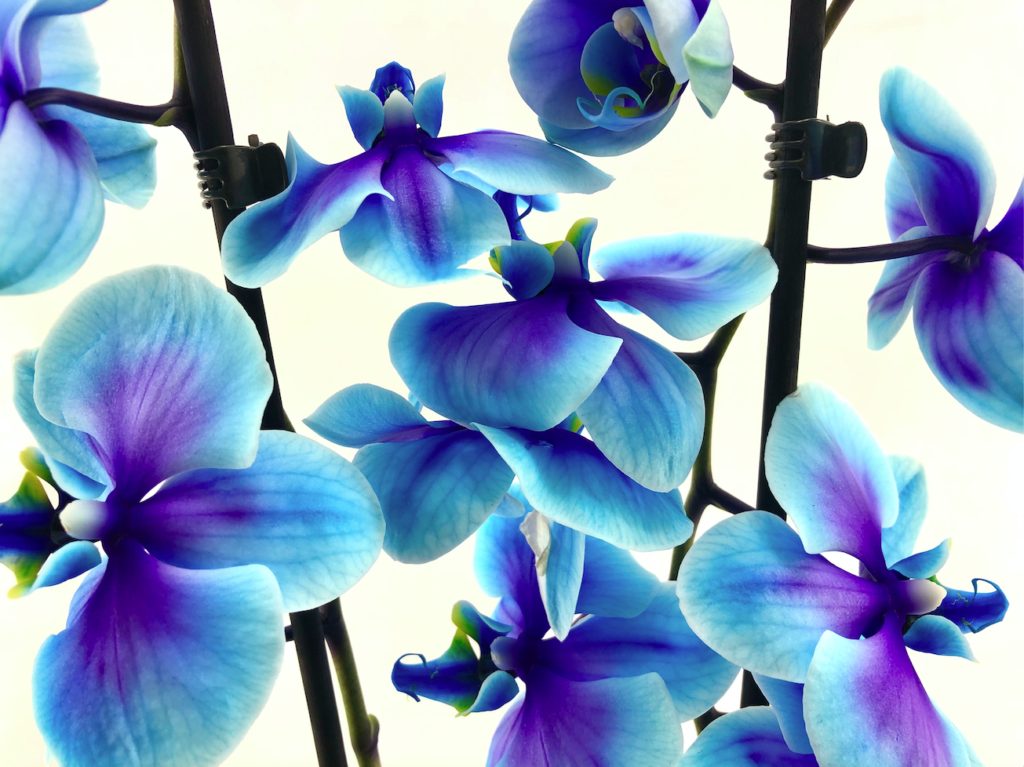 Nobody knows exactly how many artificially coloured phalaenopsis are produced in the Netherlands. According to several of the traders, the number of plants that were dyed went up, when the mid-price for white cultivars hit an all-time low in 2018. The colouring costs, around €1 per plant, were recovered quite easily. The profit margins have been going down though, especially due to an increased supply of coloured plants, says product manager potted orchids Cor Middelkoop of Royal FloraHolland. He doesn’t have any exact data with regards to numbers and mid-prices, though. “Dyed plants end up in the auction’s database without a specific code. That’s true for more niche products. Personally, I would also like to be able to retrieve more product level data from our system.”

One anonymous insider stated that the data mentioned with regards to dyed potted orchids are heavily exaggerated. According to him, the margins are directly related to the margins on the base product, and for phalaenopsis, those are currently negative. With regards to patent rights, he thinks that’s a complex matter. “When it comes to colouring potted orchids, this isn’t the first court case.”

Floribusiness Editor - 26 januari 2023 15
Brookdale Treeland Nurseries Ltd (BTN), a Canadian ornamentals grower, has been awarded the title of International Grower of the Year (IGOTY) 2023 by the...

‘Mexico is the sleeping giant’